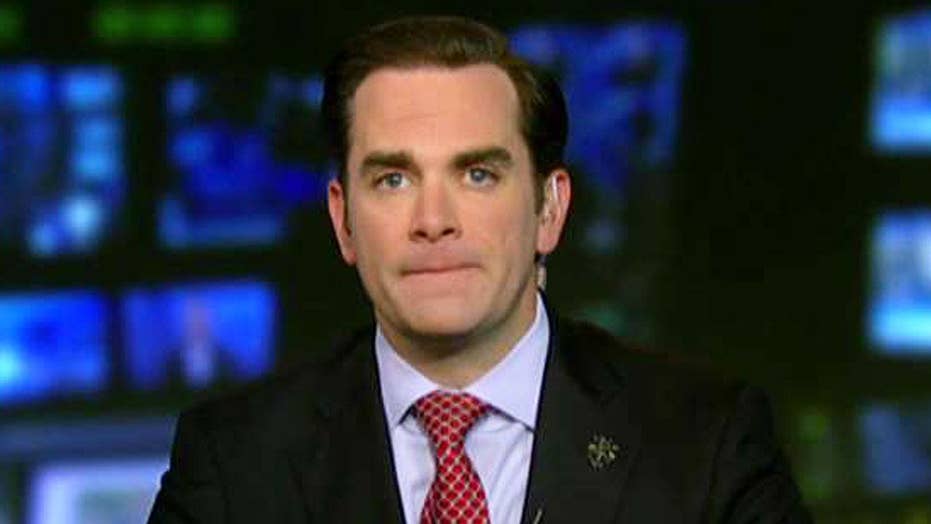 Trump to ask for $54 billion increase in defense spending

President Trump plans to seek what he’s calling a “historic” $54 billion increase in defense spending, while pursuing cuts elsewhere in the federal government, as part of his upcoming budget plan.

“This budget will be a public safety and national security budget,” Trump said. He said the plan would include a “historic increase in defense spending to rebuild the depleted military.”

The president reiterated that he wants to better prepare the military to not only deter war but win wars when called to fight.

White House budget director Mick Mulvaney later confirmed, during the daily press briefing, that they’re seeking a defense budget of $603 billion, “one of the largest increases in history.”

He said other non-defense spending would be cut by an equal $54 billion, “the largest proposed reduction since the early years of the Reagan administration.”

Without going into great detail, Mulvaney said, “It reduces money that we give to other nations. It reduces duplicative programs. And it eliminates programs that simply don't work.”

Trump's proposal for the 2018 budget year is set to be sent to agencies Monday, one day before his first address to a Joint Session of Congress. For Trump, the primetime speech is an opportunity to refocus his young presidency on the core economic issues that were a centerpiece of his White House run.

According to an administration official, the budget plan won't make significant changes to Social Security or Medicare – after Trump promised during the campaign to leave major entitlements untouched.

The Pentagon is due for a huge boost, as Trump promised during the campaign. But many nondefense agencies and foreign aid programs are facing cuts, including at the State Department. The specific numbers aren't final and agencies will have a chance to argue against the cuts as part of a longstanding tradition at the budget office.

Left unclear is how such a military increase would square with the requirements of “sequestration,” the mandatory across-the-board spending caps agreed to by Congress and the Obama administration. At the same time, defense hawks on Capitol Hill questioned whether Trump’s proposed boost – which would seek a fiscal 2018 defense budget of $603 billion – would be enough.

“$603 billion can’t rebuild the Navy,” said one Hill source who is concerned the defense increase is not large enough.

Trump is expected to release his final budget proposal in mid-March.

The president previewed a boost in military spending during a speech Friday to conservative activists, pledging "one of the greatest build-ups in American history."

The White House budget office issued a statement confirming that an interim budget submission will be released in mid-March but declining to comment on an "internal discussion."

"The president and his Cabinet are working collaboratively to create a budget that keeps the president's promises to secure the country and restore fiscal sanity to how we spend American taxpayers' money," said Office of Management and Budget spokesman John Czwartacki.

Czwartacki said that the March submission would only address agency operating budgets funded by Congress and that proposals on tax reform and so-called mandatory programs — they include food stamps, student loans, health programs and farm subsidies — will be released later.

The March release is also expected to include an immediate infusion of cash for the Pentagon that's expected to register about $20 billion or so and contain the first wave of funding for Trump's promised border wall and other initiatives like hiring immigration agents.

By increasing defense and leaving Medicare and Social Security untouched, the Trump final budget plan is sure to project sizable deficits. In the campaign Trump promised huge tax cuts but top GOP leaders like House Speaker Paul Ryan of Wisconsin don't want this year's tax reform drive to add to the budget deficit.