Campaign surrogates said Trump has a list of qualified nominees to choose from, as well as the legal and political precedent necessary to submit a nominee to the Senate before Election Day.

“When there’s a Supreme Court vacancy, the President selects a nominee and the Senate provides advice and consent. That’s what the Constitution says and those are the only rules," communications director Tim Murtaugh said in a statement. "There has been an open seat on the Supreme Court in a presidential election year 29 times in American history, and in every single case, the president has nominated a candidate."

He added: The President has been clear that he will nominate a woman to fill that seat and the Senate should vote to confirm her.”

He also took a shot at Trump's opponent, Democratic vice presidential nominee Joe Biden, for staying in his home state of Delaware during the election season. 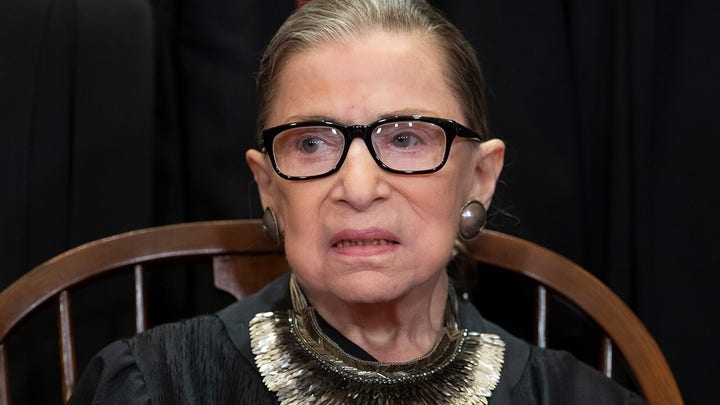 "Voters elected Donald J. Trump president in 2016 and gave Republicans an expanded majority in 2018, so the people already have spoken," Murtaugh said. "The President has placed two well-qualified justices on the court so far and he is about to select a third. Americans can see the names on his list of potential nominees, while Joe Biden is hiding his list of people he would consider if he were president. Biden knows that he is an empty vessel for the radical left and that’s why he’s refusing to be honest with the American people about who he would want on the court."

Democrats have lambasted the GOP in recent days over the memory of Senate Republicans -- led by Sen. Mitch McConnell, R-Ky. -- refusing in 2016 to consider President Barack Obama's nominee, Judge Merrick Garland, following the death of Justice Antonin Scalia. McConnell said at the time that the American public should have a say in the process with their vote for president.

McConnell has maintained that because the Senate and executive branch were controlled by opposing parties four years ago, the situation was different from the current one. Now that both chambers are controlled by the same party, he said he feels justified in moving forward with a nominee and filling the vacancy as quickly as possible.