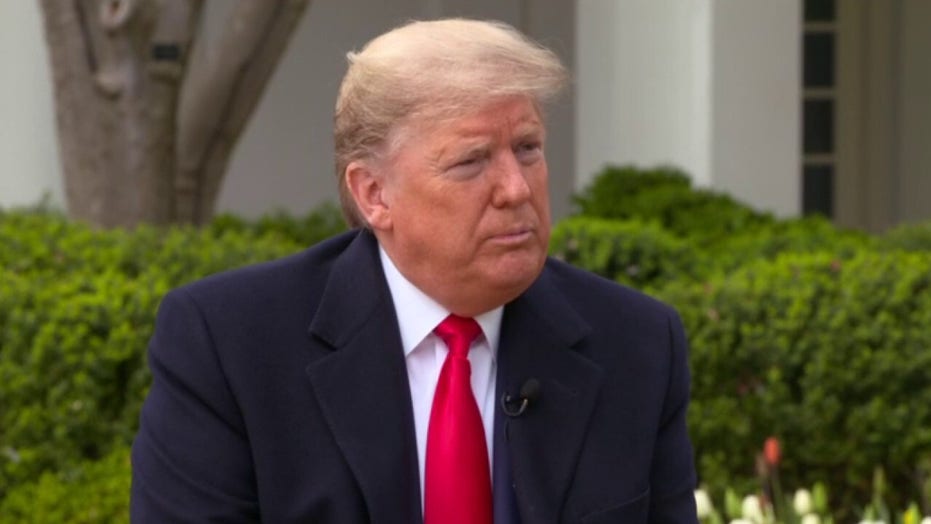 Trump on the human cost of a recession

President Trump addresses economic concerns of shutting down the U.S. to combat coronavirus.

In a Fox News virtual town hall Tuesday, President Trump expressed concern that the U.S. could see an uptick in suicides should the coordinated economic slowdown aimed at preventing the spread of the coronavirus continue, citing Americans' desire to get back to work.

These comments continue a recent pattern of Trump itching to get the U.S. economy back on track following a stock market crash that erased about one-third of the value of the Dow Jones Industrial Average in just a matter of weeks.

TRUMP SIGNALS DESIRE TO END LOCKDOWNS: 'OUR PEOPLE WANT TO RETURN TO WORK'

Trump continued: "You're gonna have all sorts of things happen. You're gonna have instability. You can't just come in and say let's close up the United States of America, the biggest most successful country in the world by far."

This reflected a comment from Trump Monday night signaling he was hopeful the United States could get back to business as usual sooner rather than later.

"We can’t have the cure be worse than the problem," he said at a White House briefing. He repeated the line in his Tuesday town hall.

Later in his town hall, Trump addressed concerns that rushing back to normalcy might worsen the coronavirus crisis.

"And that causes death and that causes a lot of problems. These are people, they want to save their business they don't want to be locked up in some room or some apartment or house and in the meantime, their restaurant's closed, their business is closed... I believe very strongly you're going to lose far more people by going that way than you are if we kept this thing going."

Trump and the White House have encouraged Americans to engage in "social distancing" and to stay at home to reduce the transmission of the coronavirus. Its "15 days to slow the spread" campaign will end next week unless Trump decides to extend it.