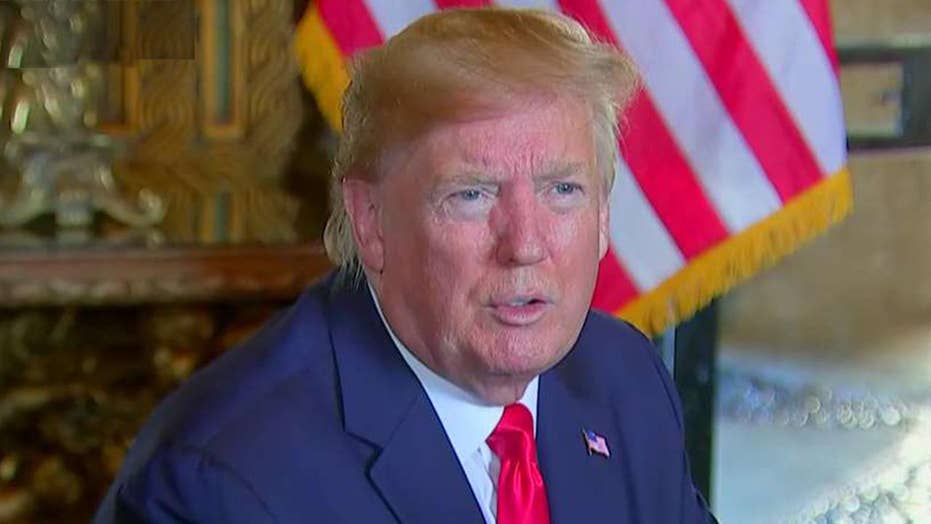 President Trump expressed sympathy Tuesday toward former associates Roger Stone and Michael Flynn over what he called their "very unfair" treatment as they await sentencing in their criminal cases -- amid speculation over whether he might consider pardons in connection with the Russia investigation he calls a "witch hunt."

Stone's sentencing for crimes including witness tampering, obstruction and providing false statements to Congress is currently set for Feb. 20, 2020. He faces up to 50 years in prison. When asked about getting involved, Trump was noncommittal.

"Am I going to pardon him? Well, I hadn't thought of it," Trump told reporters Tuesday morning in Florida after a Christmas Eve call with troops stationed around the world. "I think it's very tough what they did to Roger Stone compared to what they do to other people on their side."

Trump went on to distance his campaign from Stone, whose conviction stems from communications related to WikiLeaks and their release of Democratic emails that were hacked by Russia. 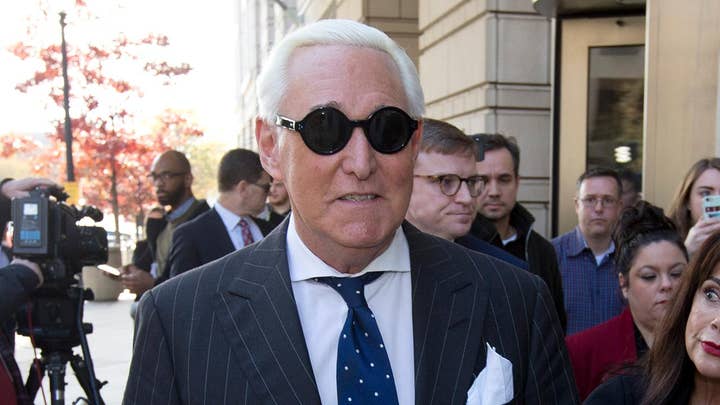 "You know Roger Stone was not involved in my campaign in any way, other than the very, very beginning before I think ... long before I announced," Trump said. Stone left the campaign in the summer of 2015, although former senior Trump campaign member Rick Gates testified at Stone's trial that he overheard a phone conversation between Stone and Trump in July 2016.

"He’s a good person, and what they did to him was very unfair, in my opinion, and what they did to General Flynn is very unfair in my opinion," Trump went on, referring to former National Security Adviser Michael Flynn, who is awaiting a Jan. 28, 2020 sentencing for lying to investigators. Flynn reached a deal with prosecutors, pleading guilty and cooperating with authorities in cases related to the Russia probe. But his sentencing has been repeatedly delayed, his defenders say he was mistreated by the FBI and his lawyer has been fighting back in court.

Another Trump associate, former campaign manager Paul Manafort, is also the subject of pardon speculation after a state case against him in New York was dismissed on double jeopardy grounds. Presidential pardon power does not extend to state cases, but with that no longer hanging over Manafort's head for now, Trump could theoretically pardon him for his federal convictions for financial crimes related to work done in Ukraine.

The president was quick to remind reporters Tuesday that the Flynn and Stone cases spun out of the Russia investigation, which was recently revealed in a Justice Department Inspector General's report to have had significant evidentiary errors and omissions related to the FBI's Foreign Intelligence Surveillance Act (FISA) warrant applications for former Trump campaign adviser Carter Page. 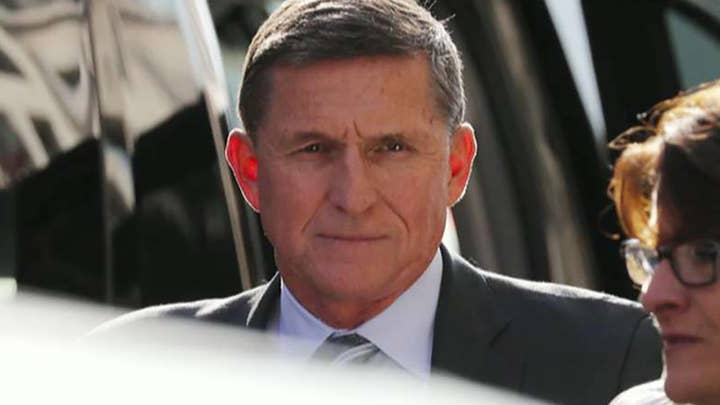 Trump referred to the FBI officials involved in the controversy as "dirty cops," and expressed a strong desire to fight back against them.

House Democrats indicated in court filings Monday that they may still use information related to the Russia investigation to add new articles of impeachment, if they can secure the testimony of former White House Counsel Don McGahn and the release of grand jury information from Mueller's probe. In the meantime, the two articles of impeachment already approved by the House remain in limbo as House Speaker Nancy Pelosi has yet to deliver them to the Senate. Both she and Senate Majority Leader Mitch McConnell, R-Ky., claim they are waiting for the other to take action so the process can move forward, with McConnell stating they are at an "impasse."

Also during his discussion with reporters, Trump addressed the looming threat of what officials have called a possible "Christmas gift" from North Korea.

When asked if he is concerned about whether this may be a long-range missile test by Kim Jong Un's regime, Trump said, "We'll see what happens. Let's see. Maybe it's a nice present, maybe it's a present where he sends me a beautiful vase as opposed to a missile test ... you never know."