Trump: I'm not pro-Russia, I just want our country safe

"I think Brennan is a very bad guy and if you look at it a lot of things happened under his watch," Trump told Fox News' Tucker Carlson on Monday. "I think he's a very bad person."

The "Tucker Carlson Tonight" interview was recorded in Helsinki following the Trump-Putin news conference, at which Trump appeared to dismiss the U.S. intelligence community's conclusion that Russia meddled in the 2016 election. Trump backtracked on Tuesday, claiming he meant to say he didn't see why Russia "wouldn't" be responsible for the meddling.

On Monday, Brennan tweeted that Trump's performance at the news conference "rises to & exceeds the threshold of 'high crimes & misdemeanors.'"

"Not only were Trump’s comments imbecilic, he is wholly in the pocket of Putin," added Brennan. "Republican Patriots: Where are you???" 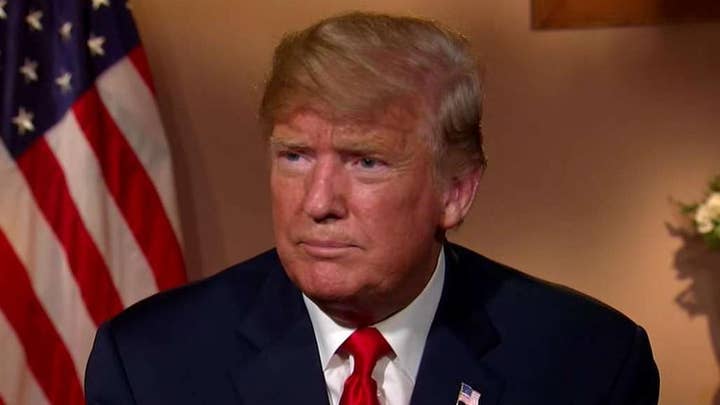 "When you watch all of the things that have happened ... you look at the deception, the lies," Trump told Carlson. "These are people that in my opinion are truly bad people, and they’re being exposed for what they are."

When Carlson asked Trump if he considered Russia America's greatest adversary, the president answered: "I won't even use the word adversary. We can all work together. We can do great. Everybody can do well and we can live in peace."

Trump also invoked the Soviet Union's role in fighting Nazi Germany during World War II: "In World War II, Russia lost 50 million people and helped us win the war. I was saying to myself the other day, 'You know, Russia really helped us.'" 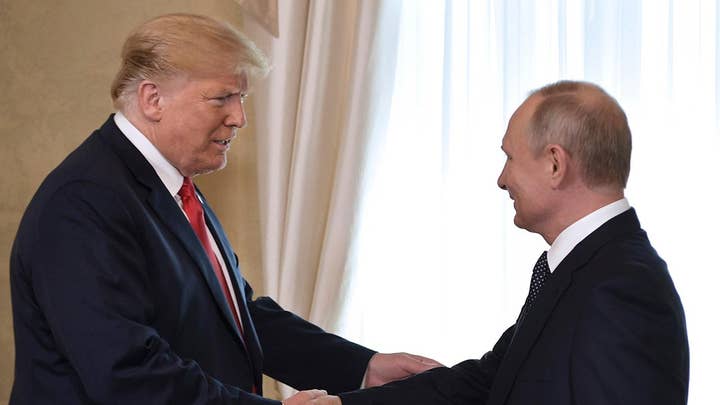 "I’m not pro-Russia, pro-anybody," Trump went on. "I just want to have this country be safe. ... You know, Russia and the United States control 90 percent of the nuclear weapons in the world and getting along with Russia – and not only for that reason – it's a good thing, not a bad thing."

During the wide-ranging interview, Trump also criticized European leaders over their countries' immigration policies. When Carlson asked if any nation in Europe had been improved by mass migration, the president responded: "Not one."

"One of my big things, and some people were insulted … I said, 'The immigration policies in Europe are a disaster. You're destroying Europe. You're destroying the culture of Europe. The crime is up in those areas and you’d better do something,'" Trump said.

The president singled out German Chancellor Angela Merkel, saying that she had been "very badly hurt" by her migration policy. 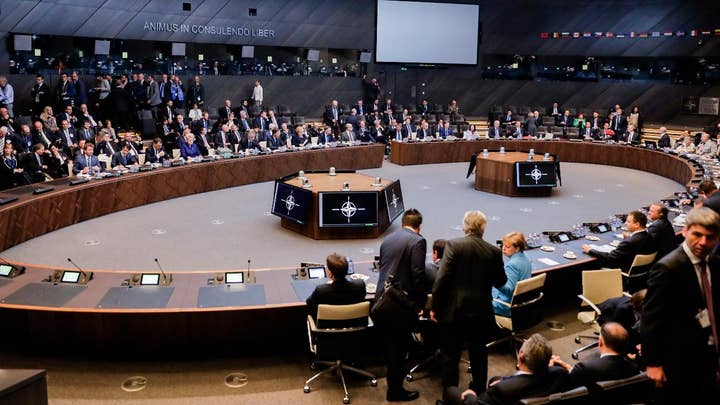 "Angela was a superstar until she allowed millions of people to come into Germany," Trump said. "That really hurt her badly."

The president used his criticisms of Europe to tout his own immigration policies and slam congressional Democrats for opposing them.

"We have the worst immigration laws in the world. We don't have any law. We have an opposite to law," the president said. "It's really disgraceful that the Democrats aren't doing something about it because we need their votes ... They're not good politicians, they've got horrible policy, but they're very good at sticking together and resisting and obstructing.

"But that's hurting our country," Trump went on. "But we'll get the immigration laws changed."