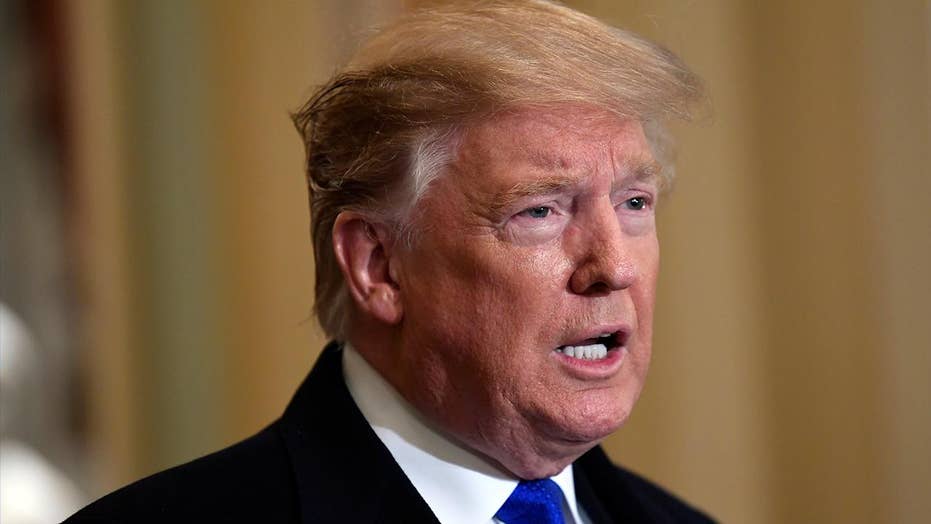 Trump: We can never allow this to happen to another president

President Trump, in an exclusive interview with Fox News' "Hannity" Wednesday night, avoided giving an outright answer when asked if he planned to pardon General Michael Flynn, who was charged in the special counsel’s Russia investigation.

When host Sean Hannity asked if Trump would consider a pardon for Flynn, who served as Trump’s national security adviser for less than a month before resigning, the president responded: “I don’t want to talk about pardons now.”

“When you mention General Flynn, he was a man who had an incredible record in the military,” Trump told Hannity. “You see what happened to him. The FBI said he wasn’t lying, as I understand it, and the Mueller group said he was lying.

“And you know what he’s gone through, and what so many others have gone through,” Trump continued. “I could name names that would just go on for your entire show. It’s a very, very sad thing. I don’t want to talk about pardons now. But I can say, it’s so sad on so many levels.”

Flynn pleaded guilty in December 2017 to making false statements to the FBI about his conversations with then-Russian ambassador Sergey Kislyak.