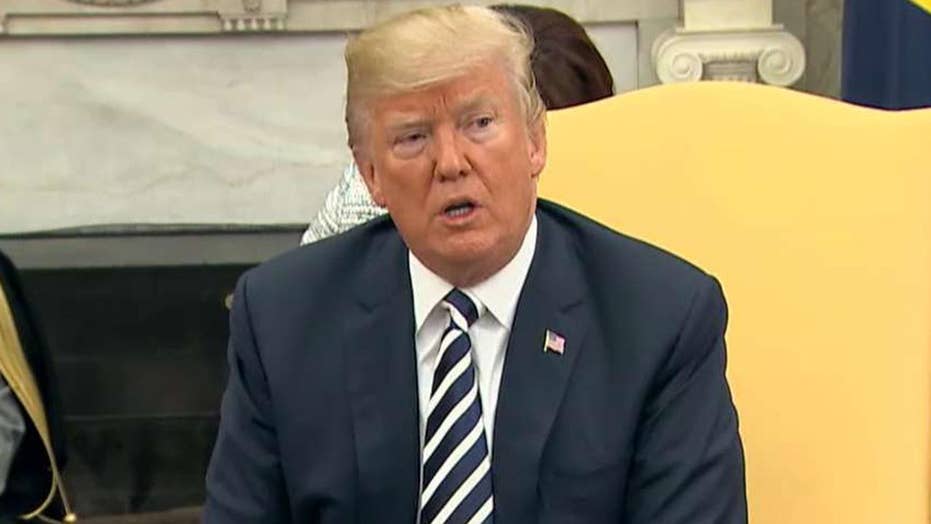 President Donald Trump says he wants to meet with Russia's Vladimir Putin in the "not too distant future" to discuss the "arms race" between Russia and the U.S.

Trump says he also wants to discuss Ukraine, North Korea, and Syria with the Russian leader.

Trump's comments in the Oval Office come after what he says was a "very good call" with Putin Tuesday morning to congratulate him on his re-election Sunday to a fourth six-year term as Russia's leader. The election was tainted by reports of voting irregularities.