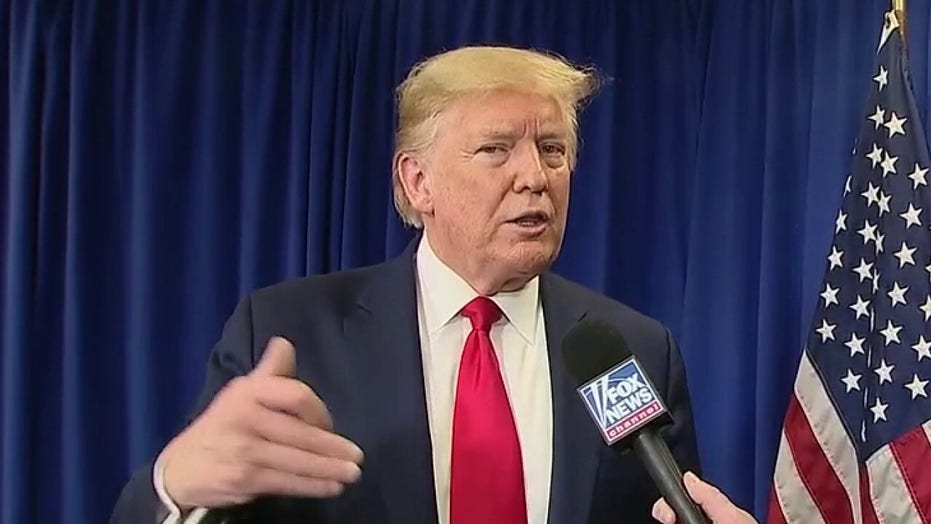 President Trump spoke to Fox News in an exclusive interview Thursday evening from Iowa where he said he’d had a little time to watch the impeachment proceedings despite his lively campaign rally in Des Moines.

“It’s very boring to watch, I have to say that. It’s very boring. I call it the impeachment hoax,” Trump told reporter Peter Doocy. “It should have never taken place.”

Trump added that he has “great confidence in Republican Senators and probably some Democrats" that he would be acquited.

“It’s a ridiculous, partisan situation…I know they’re going to be fair,” he said of Republicans. 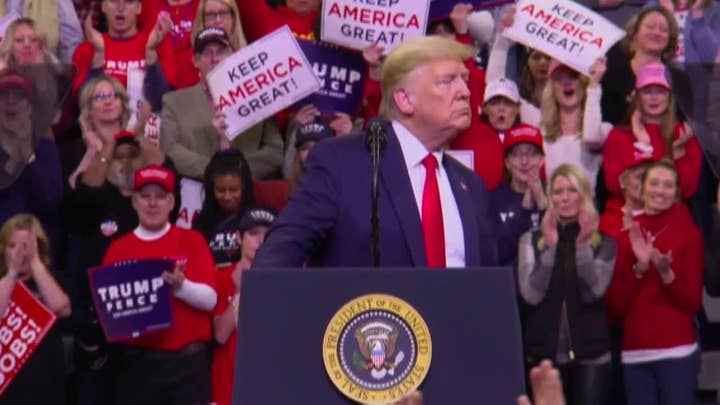 Asked if he had any concern about being one of just three U.S. presidents to be impeached, Trump maintained he “shouldn’t be in this position,” claiming that he has done more in his first three years in office than any other president, specifically mentioning tax and regulation cuts, fighting terrorism and rebuilding the military.

TRUMP, AT IOWA RALLY, TAUNTS DEMS BEFORE CAUCUSES: 'WE'RE BEATING THEM ALL'

The president also dismissed claims that impeachment could stain him in Iowa or in the election. “I’m leading everybody and in Iowa, I’m leading them by a lot – every single Democrat,” he told Doocy. “Iowa’s doing better than they’ve ever done and now they’re really going to start to do well because of the new trade deals that we have.”

“Now the farmers are going to do fantastically well. I say they have to go out and buy bigger tractors and more land,” he said.

Trump added that any polls showing Joe Biden beating him in Iowa are “old,” adding, “We’re beating them all and Joe’s going down, I guess Bernie’s surging.”

Still, he said he didn’t know which Democrat would win Iowa.

Trump also disputed claims made by Sanders that he would strip Medicare from participants.

“I’m the one that saved it,” Trump said. He added that he hadn't touched Medicare in four years except to make it stronger. “Our country being strong is what’s saving Social Security,” Trump said, saying Democrats would be the ones to destroy it with their “crazy plans.”

Doocy asked if former New York Mayor Michael Bloomberg, who has been running negative presidential campaign ads against Trump, gets under his skin.

“Who gets under my skin?” Trump shrugged. “You know how many times I’ve been asked that question? Like everybody that runs they say, “Is it true that he’s under your skin?’”

Trump added that Bloomberg’s poll numbers are bad despite the amount of money he’s spending on ads.

Bloomberg is skipping the early states because of his late entry in the race and is reportedly focusing on the Super Tuesday states.

Asked about coronavirus, a fast-spreading virus that has infected more than 9,000 patients in China and killed more than 200 as of Thursday, Trump said the U.S. is working “very closely” with China and other countries.

“China’s not in great shape right now unfortunately but they’re working very hard, we’ll see what happens,” he said, adding they would be making some coronavirus-related announcements within the next 48 hours.

Six patients have been diagnosed in the U.S. so far: two in Illinois, two in California, one in Washington State and one in Arizona.

On a lighter note, Trump said he hoped it would be a “great Super Bowl” on Sunday and he had a feeling who might come out on top but chose to keep that to himself.

“I better not do that,” he laughed.