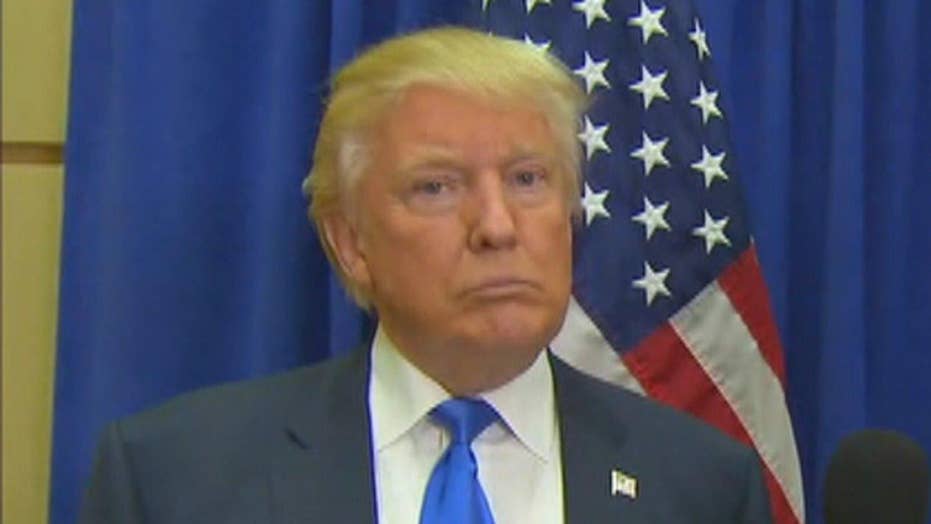 Republican presidential nominee Donald Trump said Monday night at a campaign rally in Wisconsin that newly released FBI records reveal "a criminal act" he claims is worse than Watergate while calling for a senior State Department official to resign.

"This is one of the great miscarriages of justice in the history of our country," he said.

Newly released FBI documents revealed Monday that a senior State Department official proposed a “quid pro quo” to convince the FBI to strip the classification on an email from Hillary Clinton’s server – and repeatedly tried to “influence” the bureau’s decision when his offer was denied, even taking his plea up the chain of command.

Documents published Monday morning confirm the account. Notes from an interview with an unnamed FBI official reveal the State Department Undersecretary for Management Patrick Kennedy tried to horse-trade with the FBI, offering additional slots for the bureau overseas if they would de-classify a particular email marked “SECRET.”

Trump accused the State Department Monday night of "trying to cover up Hillary's crimes of sending classified information on a server our enemies could easily access."

He also blasted Kennedy, saying his actions were a sign of a "cover-up."

"The FBI documents show that Under-Secretary of State Patrick Kennedy made the request for altering classification as part of a 'quid pro quo,' in other words a deal," Trump told supporters. "This is felony corruption. Under-Secretary Kennedy needs to resign."

Before his rally, Trump described the actions by the State Department to Fox News' Carl Cameron as "a criminal act," while also hurling criticisms at fellow Republicans.

When asked if he was taking shots at Republicans again, Trump pushed back as to why hearings should be held sooner.

"I mean, you'd think you'd hold these hearings frankly immediately, this is serious stuff," Trump told Fox News. "This is big stuff. This is Watergate."

When asked further by Cameron about his recent public hostility with Republican House Speaker Paul Ryan, who represents Wisconsin, Trump said he was "trying to unite the party."

"I mean every once in a while Paul will stand up and say he disagrees with this or that," he told Fox News. "For instance when I talked about a rigged election, when I talk about the press taking people with no case whatsoever and putting them on the front pages."

Before Trump took the stage at his rally, the crowd broke into chants of "Paul Ryan sucks," the Associated Press reported.

While continuing to discuss his plan to reform government, the Republican nominee claimed he'll "end government corruption" if he's elected to the White House.

Trump said he wants to ban executive branch officials from lobbying the government for five years after they leave the White House -- and wants Congress to do the same for members and their staffs.

He also wants to expand the definition of lobbyist and is calling for a lifetime ban on senior executive branch officials lobbying on behalf of foreign governments.