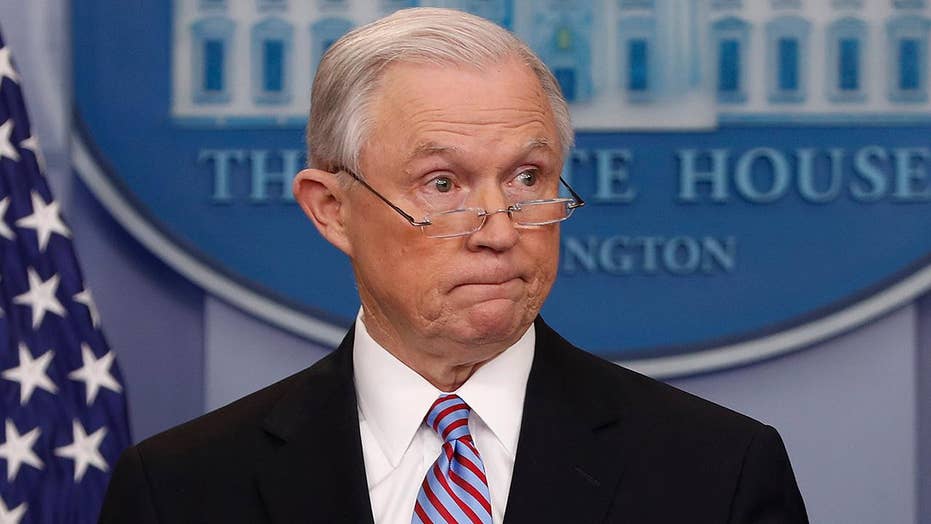 Official says there is no timeline to identify President Trump's nominee to be the next attorney general; Blake Burman reports from the White House.

President Trump admitted in an interview aired Sunday that he views appointing Jeff Sessions as his attorney general was his “biggest mistake” as president and said if he had a do-over, he would have tapped someone else.

Trump was on NBC’s “Meet the Press” when he made the comment. Sessions resigned last November—just after the midterms—after stark public criticism from the president. It was the height of the Mueller investigation and Trump was openly critical of Sessions decision to recuse himself from the probe in early 2017.

At one point, Trump said, “I don’t have an attorney general. It is very sad,” he said. Trump’s disappointment in Sessions was not limited to the Russia probe. He said he was not happy with “the border” and “numerous” other issues that Sessions’ office affected.

“Every President deserves an Attorney General they have confidence in,” Trump tweeted to Sen. Lindsey Graham. “I believe every President has a right to their Cabinet, these are not lifetime appointments. You serve at the pleasure of the President.”