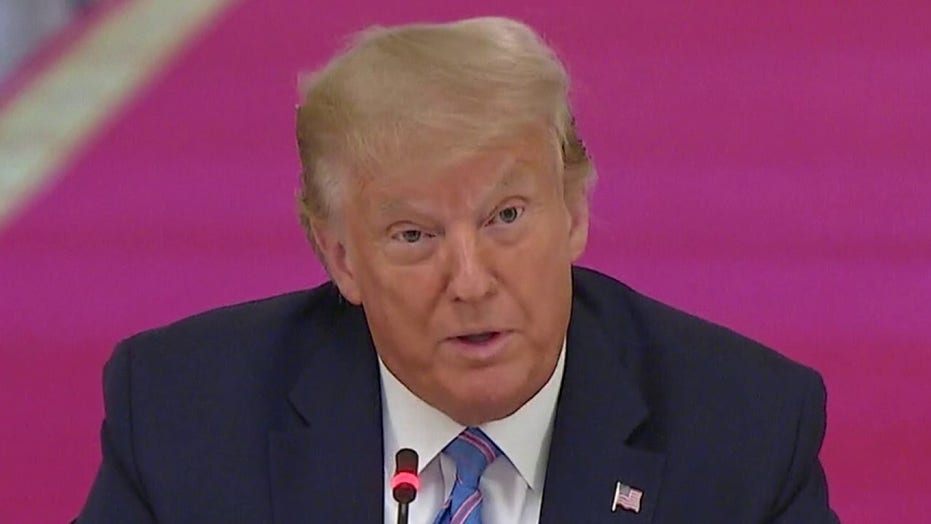 Trump administration officials make the case that the risk of re-opening outweighs the benefits of keeping children home; Kristin Fisher reports from the White House.

President Trump, at a White House event Tuesday with first lady Melania Trump, said his administration would “very much put pressure” on governors to reopen their states’ schools in the fall amid the coronavirus outbreak.

“We don't want people to make political statements or do it for political reasons, they think it's gonna be good for them politically, so they keep the schools closed, no way,” Trump said after noting that the administration of Florida Gov. Ron DeSantis recently announced plans to reopen schools in that state starting in August. “So, we are very much going to put pressure on governors and everybody else to open the schools.”

He said that the COVID-19 death rate was down “ten-fold” thanks to promising therapeutics. “We will put out the fires as they come up but we have to open up our schools,” Trump said.

Health and Human Services Secretary Alex Azar added that the U.S. mortality rate for coronavirus was “among the lowest if not the lowest in the developed world.” 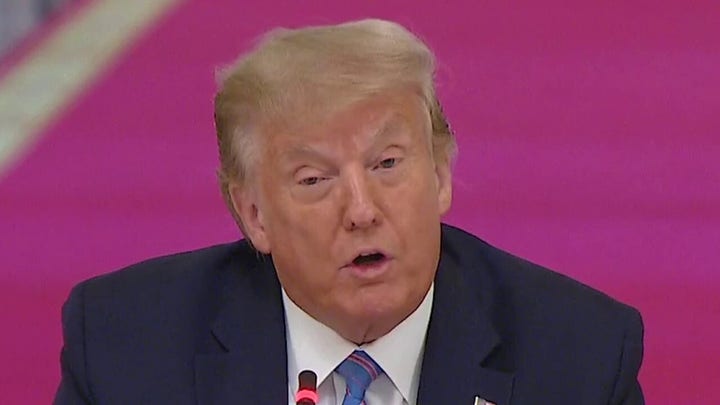 “We have the tools to reopen schools,” Azar added. “We’re at a very different place now than when we were 2 or 3 months ago.”

Trump pointed to the American Academy of Pediatrics (AAP), which was represented at the event and repeatedly has urged officials to let students be physically present at school.

"After weighing what we know about children and the coronavirus, we really strongly advocate that the goal should be to have students physically present in the school," AAP President Dr. Sara Goza told "The Daily Briefing" Monday.

Trump then pointed to New Jersey, hard-hit by the pandemic, where only one child under the age of 18 was said to have died from COVID-19.

After hearing from a number of university officials who planned to bring students back to campus in the fall, Trump said: “The computer will never replace the campus. They thought it would for a time but it didn't.”

Melania Trump added that schools were vital for social, emotional and physical health. “Many challenges for children and families can be just as invisible as the virus, and just as dangerous,” she said. The first lady noted children with disabilities, those without access to technology and unsafe homes may be suffering worse consequences than those of the pandemic. 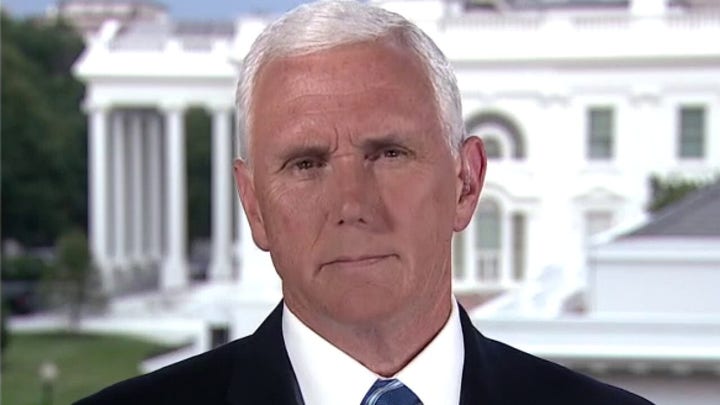 Vice President Mike Pence said that there was “no substitute” for in-person learning, adding that some 7 million children have suffered from mental or emotional disturbances and principally received care from health and mental services at school.

Adviser to the president Kellyanne Conway said the hallmark of the Trump administration was the “wellbeing of the forgotten child.”

She added, “The digital divide was laid bare in the so many of our students could not access digital access.”

BIDEN 'OF COURSE' WANTS SCHOOLS TO REOPEN IN THE FALL, CAMPAIGN SAYS IT MUST BE DONE 'SAFELY'

The White House adviser said she had a “soft spot” for single moms, having been raised by one, and the outsized effect school closures had on them, trying to juggle working, teaching and child care. “We’ve created a pandemic within a pandemic,” Conway said.

A number of other parents, students and teachers shared their thoughts on the necessity of schools being open for in-person learning in the fall. "Reopening schools is the number one thing we can do to stabilize society," said Jenny Beth Martin, a co-founder of the Tea Party Patriots and a single mother.

Trump had said Monday that Joe Biden and Democrats did not want to reopen schools, and he blamed it on “political reasons.”

A campaign official told Fox News that Biden "of course" hoped students could return to school in the fall, but was urging officials making those decisions to keep in line with recommendations from public-health experts.

The Biden campaign, last month, rolled out its plan to reopen schools in the fall amid the pandemic, which it said could be “the single most important step to get parents back to work” and proposed several safety measures that would need to be in place upon students returning to the classroom.

And, after a testy exchange with Sen. Rand Paul, R-Ky., himself a doctor, and National Institute of Allergy and Infectious Diseases Director Dr. Anthony Fauci during a Senate hearing last week, the two seemed to find themselves in agreement over the need for children to be present in schools.

“I feel very strongly we need to do whatever we can to get the children back to school. I think we are in lock agreement with that,” Fauci said when Paul asked for “certitude” on whether schools should reopen.

“For a time, there may have not been enough information about coronavirus in children, but now there are examples from all across the United States and the world that show young children rarely spread the virus,” the Kentucky senator said. He added that 22 countries have reopened their schools and seen “no discernible increase in cases.”