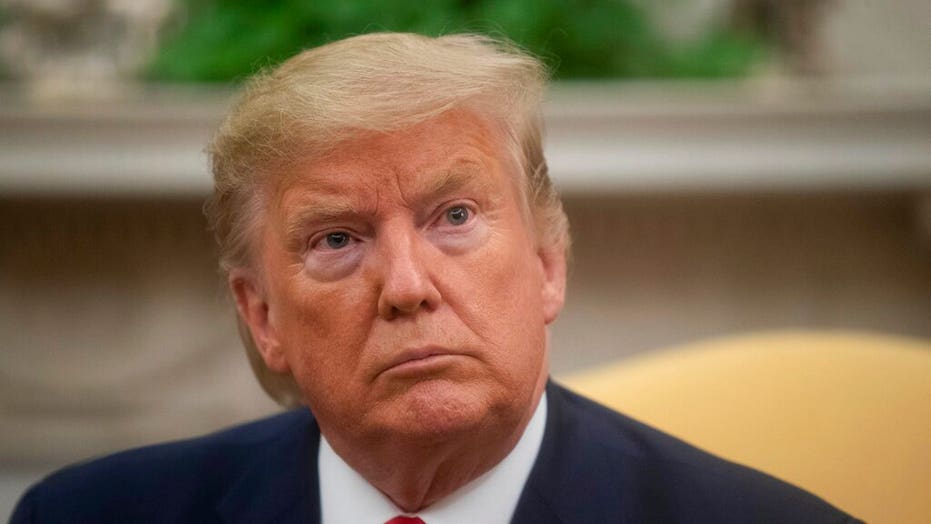 A comment made by President Trump Thursday morning has raised questions about whether there was a new plot against the embassy in Iraq prior to the killing of Iranian Gen. Qassem Soleimani.

“We did it because they were looking to blow up our embassy,” Trump told reporters at the White House Thursday. Some news organizations interpreted the president’s comments as revealing a previously undisclosed threat that led them to target Soleimani.

But later on, Trump mentioned the attack on the U.S. embassy in Baghdad on New Year’s Eve. Multiple White House officials confirmed to Fox News that he was referring to this attack in his “blow up” comments rather than a previously undisclosed threat.

On Dec. 31, dozens protesting American airstrikes against Iran-backed militas laid siege to the U.S. Embassy compound in Baghdad, chanting “Down, Down, U.S.A.!” They stormed through the main gate, prompting guards to fire tear gas.

White House officials continue to insist, however, that there was an imminent threat posed by Soleimani that led them to take him out at that time, but it was not about blowing up the Baghdad embassy. They decline to specify the actual threat.

In an interview with Fox News’ Laura Ingraham, Secretary of State Mike Pompeo did not deny that Soleimani wanted to blow up the embassy.

“It was his forces that penetrated our embassy just a handful of days before that Kata’ib Hezbollah warriors orchestrated, directed by Qasem Soleimani himself,” Pompeo replied. “I don’t think there’s any doubt that Soleimani had intentions, not only to take action against our forces, our diplomats in Iraq, but in other countries around the region and world as well.”

The full interview airs at 10 p.m. ET on "The Ingraham Angle."