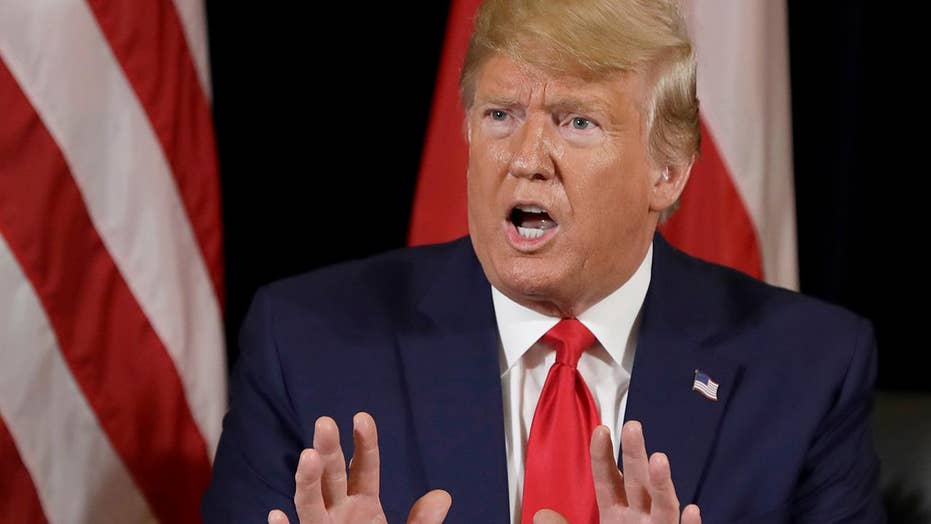 An activist who helped reunite a mother with her 17-year-old daughter who was held for five years as an ISIS sex slave applauded President Trump for calling out the United Nations over its religious hypocrisy and called on the United States to do more to help persecuted Christians around the globe.

“The president made it clear. He’s the first president ever to go to the U.N. and call this out. Eighty percent of the world’s population live in countries where they do not enjoy religious freedom. Christians are at the forefront of being targeted. It’s horrific,” Tim Ballard, founder of Operation Underground Railroad and CEO of The Nazarene Fund, said on a panel with Laura Ingraham. Both organizations help combat human trafficking and religious persecution abroad.

TRUMP SLAMS WORLD LEADERS FOR RELIGIOUS FREEDOM HYPOCRISY, COMMITS $25M TO THE CAUSE AT UN SUMMIT

Tim Ballard and Mike Huckabee spoke to Ingraham Monday evening after the president received criticism from the left for skipping out on a U.N. summit on climate change. Trump instead used his visit to announce that his administration was allocating an additional $25 million to protect religious freedom as well as religious sites and relics. He said the U.S. would also launch an initiative with business leaders to protect religious freedom in the workplace.

“I think it’s important to note that even while the climate change people are saying folks are dying, they really can’t point to any obituaries, but we can point to probably 11 people a day who are systematically murdered,” Huckabee told Ingraham, echoing Ballard’s praise of Trump.

“What the president did today was seminal, a really transformational moment that he would use his opportunity to go to the United Nations. He’s fearless. And he looks these nations in the eyes and says you’re robbing people of their most precious freedom. We’ve never had a president, even the more religious ones, who has ever taken the kind of stand that President Trump has taken today at the UN,” Huckabee, a 2016 GOP presidential candidate and Fox News contributor said.

Ballard shared a video showing the emotional reunion between a 17-year-old girl and her mother in Australia in August. At the age of 12, the girl was captured from her village in northern Iraq and brought to Syria where she was held for five years as an ISIS sex slave. Both the mother and daughter had thought each other were dead, according to Ballard.

“When I’m in northern Iraq, I spend a lot of time out there. Christian groups are the ones who are not getting the attention. They are the most displaced group we can find,” Ballard said. He called on the United States to allow more Christian refugees to settle within its borders. Ingraham meanwhile pointed to nations, including North Korea, Afghanistan, Somalia, Libya, Pakistan, Sudan, Iran, Syria, Yemen, India, where Christians face harsh persecution, adding that most of these nations hold a Muslim majority.

Huckabee concluded the segment by telling Al Sharpton why evangelicals support Trump. In a monologue on MSNBC, the civil rights activist and Baptist minister slammed evangelical Christians for supporting the president.

“Let me explain it to you Al, it’s real simple. Number 1. He’s pro-life. He actually respects human life from conception and so many people, including you, don’t but you pretend that you’re one of us. Another thing, he believes in religious freedom. He truly, genuinely does. He respects that pastors ought to say whatever they want from the pulpit. That’s why evangelicals follow him. It’s not because what he does and going to church. We don’t expect that he’s one of us but he respects the Christians and he does more and he did more today than the folk on your side of the aisle have done in my lifetime,” Huckabee said.

Trump has made religious freedom one of the hallmarks of his administration and his push for greater protections to religious groups helped him win the evangelical Christian vote – and ultimately the White House – in 2016.