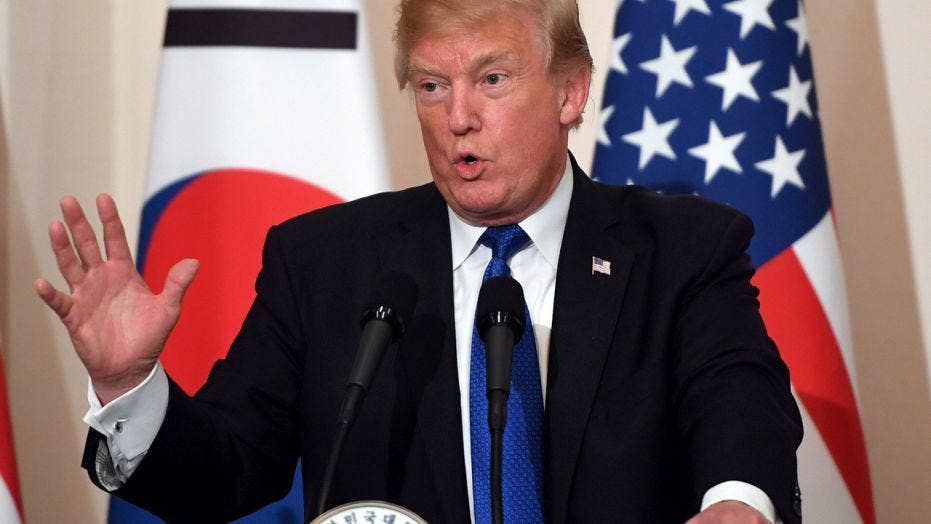 President says more gun control would not have prevented the Texas church massacre in Sutherland Springs and could have made the situation worse; reaction from John Bussey, associate editor at the Wall Street Journal.

President Trump on Tuesday said "extreme vetting" for gun ownership would not have prevented the Texas church massacre and said there would have been "hundreds more dead" if gun laws were stricter.

Trump made the comments during a joint press conference in Seoul alongside South Korean President Moon Jae-in.

A reporter asked Trump if he would consider “extreme vetting” not only for people entering the U.S. but as well as “for people trying to buy a gun.” 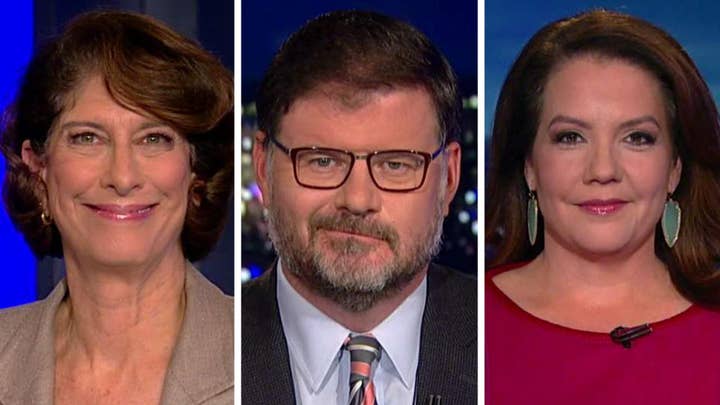 Trump appeared annoyed at the question and asked if it was an appropriate question given the timing and the venue. He went on to say that extreme vetting would have made no difference in Sunday's shooting, and would have prevented the actions of the "brave person who happened to have a gun in his truck and shoot him, and hit him and neutralize him."

Trump was referring to Stephen Willeford, a plumber with no military background, who managed to shoot the gunman Devin Kelley before jumping in another man’s vehicle to chase him down.

“I can only say this, if he didn't have a gun, instead of having 26 dead you would’ve hundreds more dead,” he added.

Texas Department of Public Safety chief Freeman Martin said Willeford “grabbed his rifle and engaged the suspect” after the gunman left the First Baptist Church in Sutherland Springs, where he killed at least 26 people and injured 20 more.

Trump on Monday said the mass shooting at Texas Baptist Church in Sutherland Springs, Texas, was the result of “mental health problems at the highest level” and called the killer a “very deranged individual.”