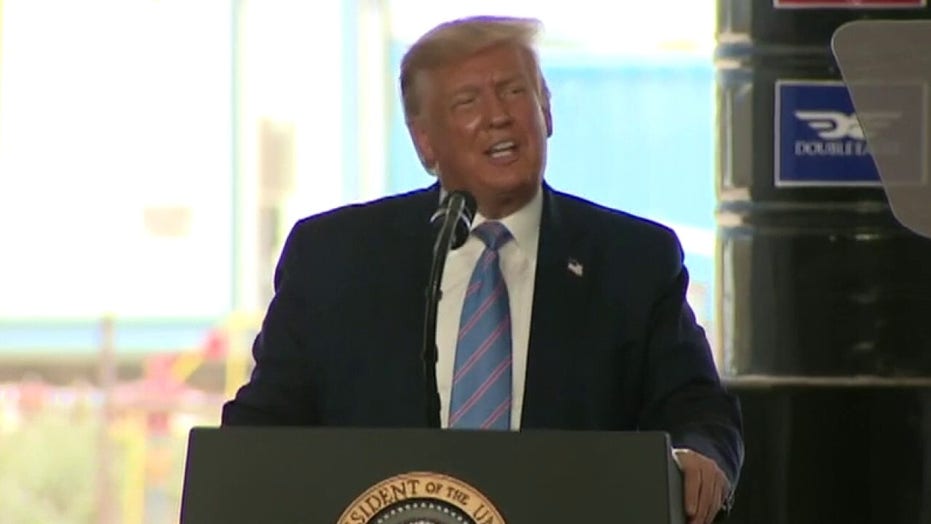 President Trump took aim at critics in the mainstream media on Twitter Thursday after his suggestion of delaying the 2020 election sparked quick, widespread backlash.

“Glad I was able to get the very dishonest LameStream Media to finally start talking about the RISKS to our Democracy from dangerous Universal Mail-In-Voting (not Absentee Voting, which I totally support!),” Trump wrote in the first of a series of late afternoon tweets.

“Must know Election results on the night of the Election, not days, months, or even years later!” the president wrote in a follow-up tweet, adding that “We are going to WIN the 2020 Election, BIG!.”

Members of the media and politicians on both sides of the aisle had condemned the president’s earlier suggestion that the U.S. could delay the upcoming election over security concerns about mail-in ballots.

“With Universal Mail-In Voting (not Absentee Voting, which is good), 2020 will be the most INACCURATE & FRAUDULENT Election in history,” the president argued in an 8:46 a.m. tweet that was still pinned to the top of his profile early Thursday evening. “It will be a great embarrassment to the USA. Delay the Election until people can properly, securely and safely vote???”

In response, top lawmakers on both sides of the political spectrum doled out soundbites opposing the move.

Senate Majority Leader Mitch McConnell said in an interview with a radio station in his home state of Kentucky that the date of the election is set in stone.

And headlines about the president’s suggestion to move Election Day – which experts say cannot be done under presidential authority and requires an act of Congress – flooded the media.

The New York Times called the president’s earlier suggestion “an extraordinary breach of presidential decorum.” And the outlet disputed Trump’s claim that mail-in voting leads to inaccurate counts or voter fraud – declaring it “false.” So did a number of other media outlets.

But the White House in a statement Thursday elaborated on Trump's morning tweet, saying that the president was not fully demanding that the day of the election be changed, and criticizing Democrats for promoting a massive expansion of mail-in voting that Republicans say can be exploited and can lead to delays between the actual election and when the results are available.

In New York, it recently took weeks after the polls closed to get the results of some congressional primary races as absentee and mail-in ballots were counted.

"The president is simply raising a question, whereas Democrats are proposing an entirely new system (of massive mail-in voting) that will result in enormous delays in the election results," a senior administration official told Fox News.

This year’s Election Day is Nov. 3.