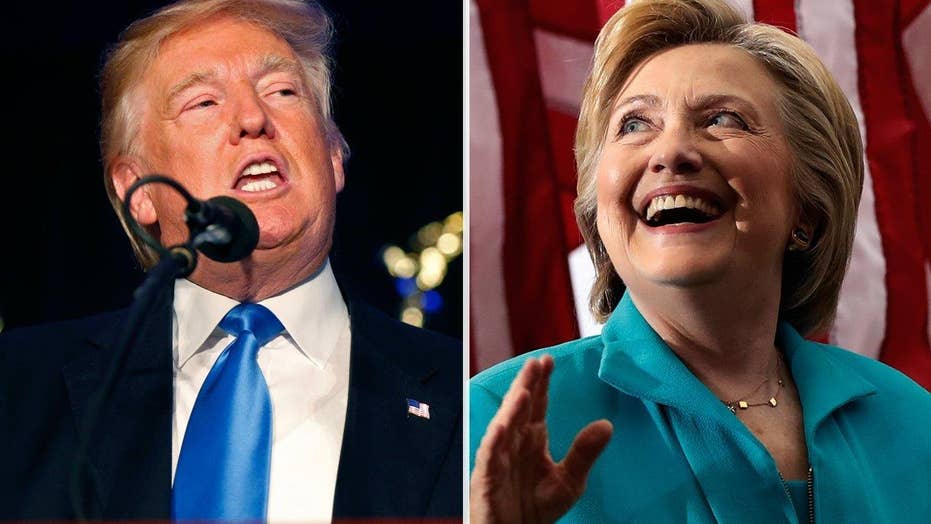 Donald Trump’s campaign confirmed that the candidate is off the campaign trail Sunday to get ready for his first presidential debate with Democratic rival Hillary Clinton but was mum on preparation strategy or likely tactics.

To be sure, Trump, despite being a first-time candidate, performed well enough in the primary debates -- which included seasoned debaters like Texas Sen. Ted Cruz and New Jersey Gov. Chris Christie -- to capture the GOP nomination.

However, whether his aggressive style can prevail against Clinton, a seasoned politician, remains to be seen.

“He's an unconventional candidate,” Conway said. “And he's not going to prepare the way Hillary does, which is . . . locking her in a room and cramming her head with all those binders and getting the Hollywood types that she raised gazillions of dollars with in fundraisers.”

Famed New York lawyer Alan Dershowitz recently told Politico that he would like, if asked, to play the role of Trump in mock debates, amid reports the Clinton campaign is looking at several potential stand-ins.

“She feels like it is a proving ground, that this is a job interview,” campaign spokesman Brian Fallon told The Washington Post. “I think she will approach the debate with a great deal of seriousness and a sense of purpose, and also keenly aware that Donald Trump is capable of anything.”

Trump and Clinton will have three debates: Sept. 26 at Hofstra University in Long Island, N.Y.; Oct. 9 at Washington University in St. Louis and Oct. 19 at the University of Nevada-Las Vegas

The debates also could have a second X factor: Libertarian Party presidential nominee Gary Johnson is trying to get on stage with them.

The former Republican New Mexico governor needs 15 percent of the vote to qualify and now has 8 percent, according to the Real Clear Politics average of recent polls.

Conway confirmed a debate-related meeting Sunday at Trump National Golf Club Bedminster, in New Jersey, but was coy about whether Trump will hold mock debates.

Conway also declined to say if conservative Laura Ingraham will play the role of Clinton.

“Laura's a friend of all of ours, and we appreciate any insight and advice that she is willing to give in her very busy life,” Conway continued. “Donald Trump, who's been taking his case directly to the voters, is the one that you will see on the debate stage with Hillary Clinton. And I think they're nervous over in Clinton camp.”