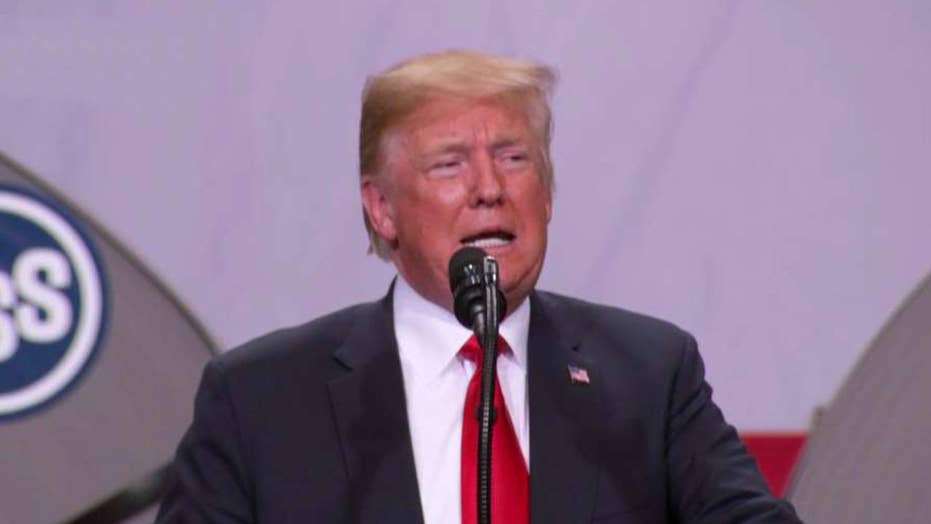 Trump: I think the GDP numbers are going to be terrific

Speaking at a newly reopened U.S. Steel plant in the St. Louis-area town of Granite City, Ill., President Trump on Thursday touted his administration's recent victories on trade and economic growth -- and predicted that Friday's Gross Domestic Product (GDP) numbers would be "terrific."

Trump called the plant's reopening a "great victory" and an "honor." Looking around at the  workers in attendance, Trump declared, "I could be one of you."

The president also suggested that the Bureau of Economic Analysis' report on GDP growth on Friday will show a massive boost.

“Big numbers announced tomorrow; I don’t know what they are, but I think they’re going to be terrific,” Trump said. 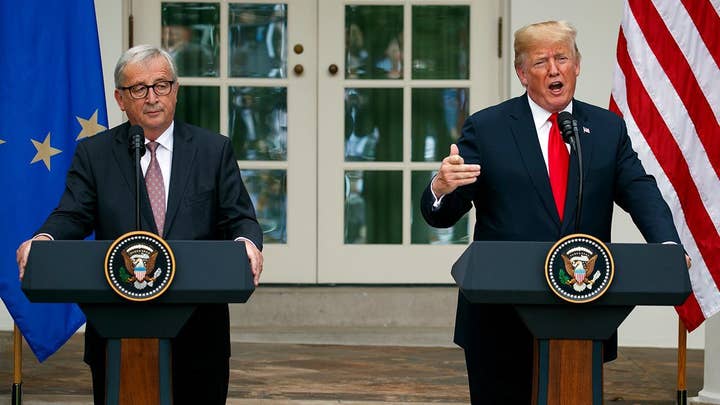 Trump went on to describe how U.S. Steel had reopened plants and brought back jobs after he announced his sweeping tariffs on all imports of steel and aluminum, which his administration justified on national security grounds.

"Together, we are really starting to live by two very important rules: Buy American and hire American," Trump said.

Four local workers then took the stage one-by-one, recounting the difficulties of recent layoffs in the community and praising Trump's policies for helping them get back to work.

On Wednesday, Trump announced he had secured major trade concessions from European Union officials as part of an effort to head off a trade war between the U.S. and the E.U.

After talks at the White House with E.U. officials, Trump announced in a joint Rose Garden appearance that the delegation had agreed to increase imports of soybeans and liquefied natural gas. Both sides agreed to work toward the goal of "zero" tariffs and subsidies on non-auto industrial goods, and to "resolve" recent tariffs that both sides have imposed.

On Thursday, Trump called that agreement a "breakthrough." 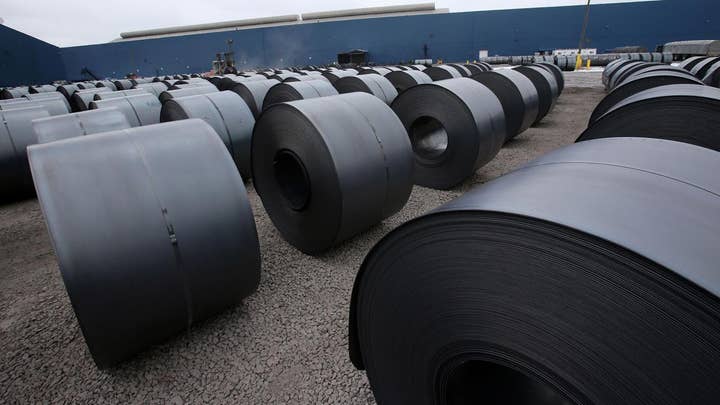 "We're putting the world's trade cheaters on notice," Trump said. "No one rips off the United States of America. ... And this includes protecting our great farmers."

Also this week, the administration announced $12 billion in welfare programs for farmers who are suffering from the retaliations of those countries Trump is penalizing with duties on their exports to the U.S. The move was criticized by conservatives who have long opposed targeted, ad hoc subsidies.

"You are the ones who are making America great again," Trump said at the conclusion of the speech.