How President Trump could reshape the 9th Circuit

Trump set to name a replacement judge to the nation's largest court of appeals.

The most liberal appeals court in America could soon be getting a Republican makeover if President Trump and Senate GOP leaders are able to fill seven open seats with conservative picks.

Standing in their way is a wall of Democrats hellbent on protecting the long-standing leftward lean of the 9th Circuit Court of Appeals.

The stakes are sky high because of the size, caseload and clout of the court. If Trump is successful in getting young, ideologically conservative nominees through the confirmation process, he could significantly alter the court’s DNA for decades to come.

“Adding seven conservatives to the court would very much affect its ideological balance,” Erwin Chemerinsky, dean of the UC Berkeley School of Law, told Fox News. “It would push the court much further to the right.”

If Trump wants to take advantage of this opportunity, he'll have to act soon. So far, he's only made two nominations. 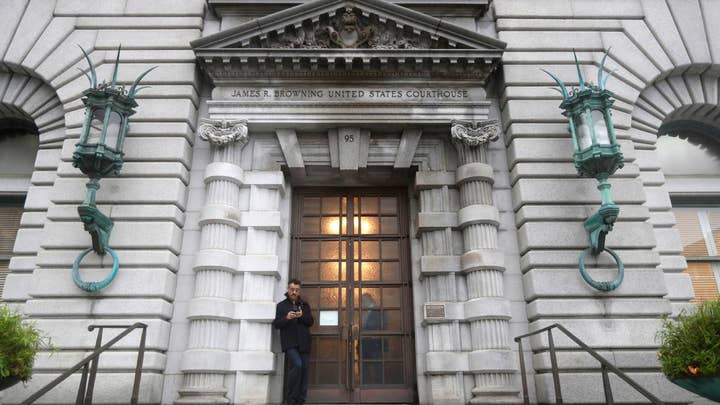 Based in San Francisco, the 9th Circuit covers nine western states, has 29 active judgeships and seven vacancies, with an eighth coming in August. Its current political split is 16-6.

“The Ninth Circuit is out in left field and has been since a major expansion of the court allowed President Carter – and Senator Alan Cranston (D-Calif.) – to pack its left wing in the late 1970s,” Kent Scheidegger, legal director of the Criminal Justice Legal Foundation, said.

He told Fox News the court hasn’t been balanced politically ever since.

Alex Kozinski says battles over the accusations would not be good for judiciary.

When Trump took over, there were four vacancies to fill. Today, that number has almost doubled.

Conservatives have tried for years to chip away at the 9th. There have been multiple – unsuccessful – bids in Congress to split up the sprawling court.

Critics have slammed the 9th for being too big, too liberal and too slow at resolving cases.

They’ve also mocked it mercilessly, calling it the “Nutty 9th” or the “9th Circus,” in part because many of its rulings have been overturned by the U.S. Supreme Court. This includes an infamous 2002 ruling that the Pledge of Allegiance is unconstitutional because of its use of the phrase “under God.” The court over the years also has knocked down state bans on assisted suicide and ruled that no American has the constitutional right to own a gun.

Between 2010-2015, the Supreme Court reversed about 70 percent of the total cases before it -- the 9th Circuit’s reversal rate was higher at 79 percent, though the highest in the nation was the 6th Circuit, which covers Ohio, Michigan, Tennessee and Kentucky and clocked in at 87 percent.

During the court’s 2016 term, however, the reversal rate for the 9th jumped to 88 percent. Still, most of the rulings that year were not reviewed by the high court, leaving them in place. 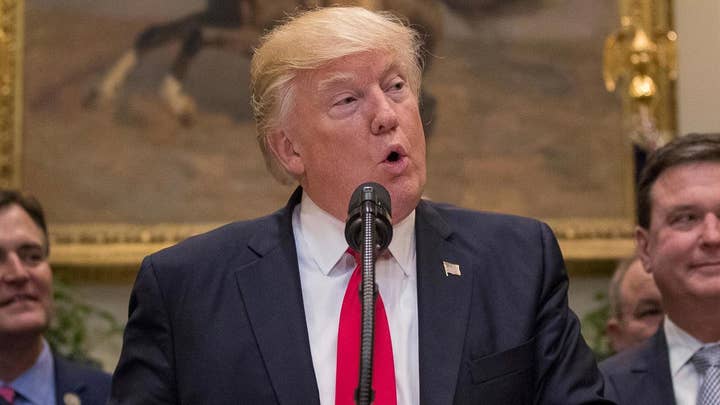 That’s why, some say, the liberal court needs a massive makeover and Trump might just be the president who gets it done.

To be sure, there is no love lost between Trump and the 9th Circuit.

He regularly rails against it, complains that it is “broken and unfair” and even called out “unelected” judges after his travel ban and sanctuary city policies were struck down.

But if Trump really wants to shake up the 9th, experts say he needs to prioritize it. The sooner the better because his success could hinge on the midterm elections.

“It really depends on whether the Republicans keep the Senate in November,” Chemerinsky told Fox News. “If they do, I think ultimately Trump will get his picks through unless they are unqualified or very objectionable. But if the Democrats take the Senate in November, I think it will be very difficult for him to get anyone confirmed.”

There are several Democrats who are committed to keeping the court’s balance of power the same. One weapon in their arsenal is blue slips.

Created in 1917, the blue slip is not a formal rule but instead a courtesy extended by the Senate Judiciary Committee chairman that allows home-state senators to approve or reject appointees from their states.

Over its 100-year history, lawmakers from both parties have used blue slips as an effective way to obstruct a president’s judicial pick. Both parties, depending on who is in power at the time, have accused the other of abusing the process and putting party politics ahead of confirming qualified candidates.

When Obama took office in 2009, every single Republican senator signed a letter that said they would use blue slips to block any nominee to their state they did not personally approve.

Senate Democrats unilaterally changed the rules in 2013 to prevent 41 senators from blocking nominees after evaluating their credentials.

But now that Democrats are in the minority, they argue a single senator should be able to block nominees before the Senate Judiciary Committee can check out a candidate’s credentials. And Republicans are now denying their Democratic counterparts the same tactic they took full advantage of just a few years ago.

Grassley defended his decision, arguing that the policy isn’t a hard-and-fast rule, though his immediate predecessor, Democratic Sen. Patrick Leahy of Vermont, did honor blue slips and refused to move forward on a nomination without getting the consent of both home-state senators.

Dianne Feinstein, the senior senator for California and the top ranking Democrat on the Senate Judiciary Committee, has called out the Iowa Republican for loosening the blue slip policy.

“The lengths to which Republicans are going to jam extremely conservative and controversial nominees through the Senate is unprecedented,” she has said. “What’s happening is diminishing the Judiciary Committee and the Senate and undermining the independence of the federal judiciary.”

She added, “Republicans shouldn’t have one blue slip policy for Democratic presidents and another for Republican presidents.”

It’s a compromise that could work, Elizabeth Slattery, a legal fellow at The Heritage Foundation, said.

Slattery says another option might involve scrapping the use of blue slips altogether but warns the decision could come back to bite the party in power down the line.