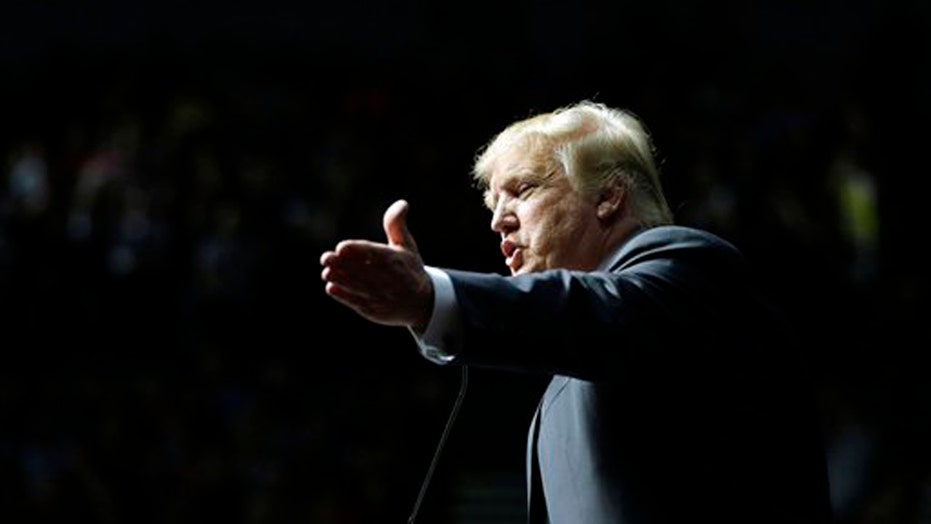 When Donald Trump and his team were planning his presidential campaign, they drew up a budget of $25 million for television advertising in the third quarter of this year.

They wound up spending zero for the rest of 2015.

That is about to change. Sources in the Trump camp say they will soon launch a major ad blitz that could cost at least $2 million a week, and possibly several times that.

The initial wave of ads will focus on Trump’s vision and his stance on key issues—no bio spots necessary for the celebrity candidate—but that could change if any GOP rivals target him with negative commercials. “If you attack Trump, he will attack you 10 times as hard,” an adviser says. “We will not allow any attack to go unanswered.”

The Trump camp is working with a Florida-based advertising firm, as widely reported, but also with several other media companies, some of which are well-known in the political community, the sources say.

Their advantage, in Iowa, New Hampshire and beyond, is that the bombastic billionaire can just write a check for the TV campaign. Some pundits have expressed skepticism that Trump really wants to dig deeply into his personal fortune, but these sources insist he is ready to do just that—perhaps as much as $100 million for advertising overall. “Our Super PAC,” says the adviser, “is Donald Trump’s bank account.”

The original plan was to saturate the airwaves so that the real estate mogul could define himself before his GOP rivals did it for him. But Trump says he had no need to do that because he generated such saturation coverage, all of it free.

If Trump pours big bucks into an ad campaign—and no budget has been set—he could again confound the prognosticators. While Trump enjoys a 20-point lead in national polls and dominates many state polls, he and Ted Cruz have been trading the lead in Iowa, where a win could give the Texas senator momentum and let some air out of the Trump invincibility balloon. A Gravis poll just before Christmas had Trump and Cruz tied in Iowa at 31 percent.

Journalistic skeptics also question whether Trump is doing what it takes in the ground game and whether his voters, some of them new to politics, will actually show up. The New York Times recently reported that “Mr. Trump has fallen behind in the nuts and bolts of organizing. A loss in Iowa for Mr. Trump, where he has devoted the most resources of his campaign, could imperil his leads in the next two nominating states, New Hampshire and South Carolina, where his get-out-the-vote organizations are even less robust.”

In the early  caucus state of Nevada, says the Wall Street Journal, “the Trump campaign has just four aides working out of campaign offices in Las Vegas and Reno. And they are playing catch-up with other campaigns.”

Trump advisers dispute such reports, citing the hiring of 17 paid staffers in Iowa and 15 in New Hampshire.

But let’s assume what once seemed unthinkable for the pundit class, that Trump wins the Republican nomination. The new conventional wisdom is that he’ll get creamed in the general election.

But could the political soothsayers be wrong about this as well?

Trump himself tweeted over the weekend, “The same people that said I wouldn't run, or that I wouldn't lead or do well (1st place and leading by 21%), now say I won't beat Hillary.”

Still, the polls suggest that Trump could have a tough time, especially with Hillary Clinton holding a built-in Electoral College advantage against any Republican challenger.

Trump has a 68 percent unfavorable rating among women, according to last week’s Quinnipiac poll—which is one reason Clinton fired back that his recent comment about her being “schlonged” in 2008 suggests sexism.

In a Q poll out in early December, Trump had an 87 percent unfavorable rating among blacks, and 84 percent of Hispanics had an unfavorable view of him. Such a cataclysmic outcome would push ever higher the percentage of white voters that Trump would need to win.

Back in September, though, a SurveyUSA poll found Trump with 25 percent support among African-Americans. It seems unlikely that Trump would more than double the black vote that George W. Bush won in his 2004 reelection. But anything significantly higher than the 6 percent of blacks that Mitt Romney won against President Obama would be an improvement.

Trump advisers argue that his unconventional candidacy could change the electoral map—particularly his appeal to blue-collar workers who are Democrats and independents. They believe his street-tough persona could put such industrial strongholds as Michigan, Ohio, Illinois and Pennsylvania in play. He takes some moderate positions for a Republicans, such as not touching Medicare and Social Security.

Trump’s say-anything style could certainly create headaches for Clinton, an essentially conventional politician despite her ground-breaking gender. And there are two other sets of numbers to consider.

Trump has a daunting 59 percent unfavorable rating in the most recent Q poll, but Hillary’s unfavorable, at 51 percent, isn’t much better.

And in the latest CNN survey, Clinton beats Trump by only 49 to 47 percent in a hypothetical matchup, within the margin of error. He fares worse in other polls, trailing Hillary by 7 points in Quinnipiac and 11 points in the latest Fox poll.

Still, for a political neophyte running against a former first lady, senator and Cabinet member, those are the kind of deficits that can be made up in a long campaign. A July CNN poll found only 51 percent of Republicans viewing Trump favorably; by this month the figure had risen to 72 percent.

It’s entirely possible that Trump will get shellacked if he wins the Republican nomination. But if the pundits’ awful track record is any indication, all bets could be off.