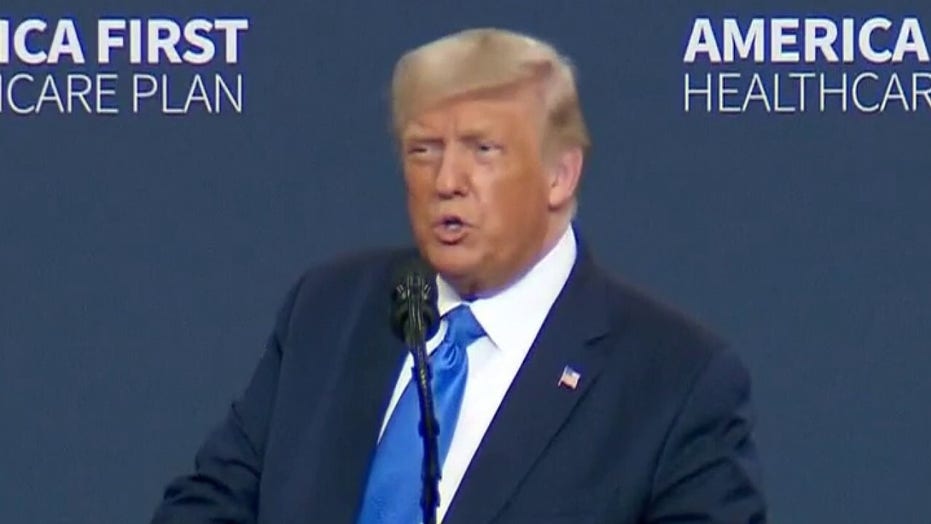 President Trump touted the Pac-12’s decision to resume its college football season on Thursday night, days after he pressured conference officials to reverse their decision to postpone play during the coronavirus pandemic.

“GREAT NEWS! PAC- 12 football is back this Fall! Congrats to the players, their families, the coaches, and the universities,” Trump tweeted. “The west coast games will kick off soon – You’re welcome!!!”

Pac-12 school officials voted unanimously in favor of a plan to play a seven-game schedule, beginning on Nov. 6 and running through a conference championship game on Dec. 18. The move marked a major reversal from the Pac-12’s decision in August to postpone all sports until at least Jan. 1 out of concern for the health of student-athletes.

“I want to recommend that the Pac-12 get going,” Trump said at the time. “There is no reason they should not be playing."

Pac-12 schools will be barred from hosting fans at any sporting events taking place on campus, including football games, through at least January. Conference officials said a full football schedule will be released in the coming days.

“The health and safety of our student-athletes and all those connected to Pac-12 sports remains our guiding light and number one priority,” said Pac-12 CEO Group Chair and University of Oregon President Michael Schill. “Our CEO Group has taken a measured and thoughtful approach to today’s decision, including extensive consultation with stakeholders on the evolving information and data related to health and safety."