“I’ve ordered the FBI to conduct a supplemental investigation to update Judge Kavanaugh’s file," Trump said in a statement. "As the Senate has requested, this update must be limited in scope and completed in less than one week.”

Trump's order came after several undecided senators whose votes are needed to confirm Kavanaugh called for a weeklong FBI probe before a floor vote.

The Senate had been expected to begin debate on Kavanaugh's nomination this weekend, but after Trump's order, McConnell adjourned the body until Monday. A potential confirmation vote may not come until late next week, next weekend or perhaps the week of Oct. 7.

"This is a nomination that deserves to move forward -- and that is precisely what is happening," McConnell, R-Ky., said on the Senate floor Friday.

Added McConnell, "Now we will keep the process moving."

Earlier Friday, under pressure from Arizona Republican Sen. Jeff Flake, the Republicans on the Senate Judiciary Committee asked for a FBI investigation “limited to current credible allegations against the nominee," saying it "must be completed no later than one week from today.”

Kavanaugh, who has denied all the allegations, said in a statement he will "cooperate."

“Throughout this process, I’ve been interviewed by the FBI, I’ve done a number of 'background' calls directly with the Senate, and yesterday, I answered questions under oath about every topic the senators and their counsel asked me,” Kavanaugh said in a statement. “I’ve done everything they have requested and will continue to cooperate.”

“He will someday be recognized as a truly great Justice of The United States Supreme Court!” Trump continued.

For days, Republicans have resisted calls from Democrats for the FBI to investigate the claims of sexual misconduct against Kavanaugh dating back to high school and college, saying they were capable of investigating the allegations themselves.

Can the FBI complete Kavanaugh investigation in one week?

But that changed Friday after Flake, who earlier in the day announced he would endorse Kavanaugh, called for a delay in a full floor vote to allow for an FBI inquiry “limited in time and scope.”

While backing Kavanaugh at the committee level, Flake said he'd only be comfortable moving ahead on the floor if the FBI investigates further.

Several other senators -- both Republican and Democrat -- on the fence joined Flake in supporting the move.

“In order to fully and fairly complete our due diligence, allowing the FBI up to one week to supplement its background investigation is appropriate,” said Sen. Lisa Murkowski, R-Alaska.

“I support Sen. Flake’s call for a non-partisan FBI investigation into the allegations about Judge Kavanaugh – which I’ve been pressing for,” said Heidi Heitkamp, D-N.D.

"I applaud Senator Jeff Flake’s decision to rise above the partisan circus on display during this entire process,” said Sen. Joe Manchin, D-W.Va.

Other notable politicians -- not serving in the Senate -- also reacted to the decision.

Mitt Romney, a former Massachusetts governor who is currently running as a Republican in Utah for the Senate, tweeted that he was in "support" of "the decision to re-open the FBI background investigation into the allegations made by Dr. Ford."

And former Vice President Joe Biden in a statement said Ford "deserves an FBI investigation" and he is "glad that members of the Senate have exercised their power to advise and consent to delay further action on this nomination for a short while longer so that the FBI can do its due diligence in this nomination."

However, he condemned Republicans on the Senate Judiciary Committee, saying that Thursday he "witnessed" among them "a degree of invective, blind rage, and brute partisanship that threatens not only the Senate and the Supreme Court — it threatens the basic faith in fairness and justice that binds this country together."

An attorney for Kavanaugh accuser Christine Ford, Debra S. Katz, said in a statement Friday that Ford “welcomes this step in the process.” But Katz took issue with the one-week limit, saying no “artificial limits as to time or scope should be imposed on this investigation." 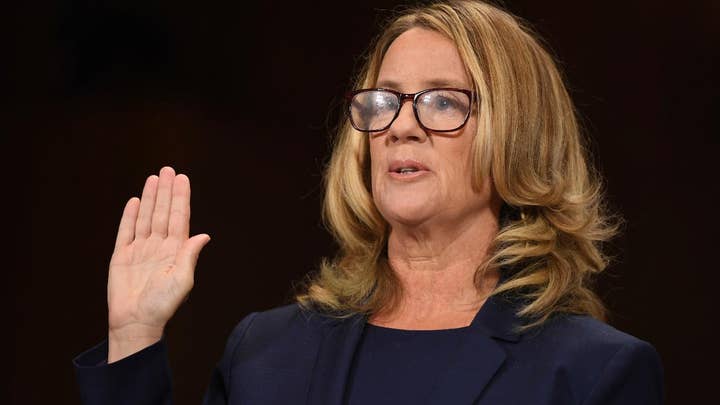 When asked if they could get the investigation done in a week, a senior FBI official told Fox News, "That depends on the schedules of everyone we'd have to interview, including the accuser, accused and witnesses.”

Ford has named three other people she said attended the 1982 party where she claims she was assaulted. All three named people have said they have no memory of the event, though two said Friday they’re willing to cooperate with the FBI.

“I will cooperate with any law enforcement agency that is assigned to confidentially investigate these allegations,” Kavanaugh friend Mark Judge said.

“My client, Patrick J. Smyth, is happy to cooperate fully with this FBI investigation,” said attorney Eric B. Bruce.

Republicans still expressed optimism Friday that Kavanaugh will be confirmed after the investigation is completed.

“It can be done quickly and then we will be able to move forward to an up-or-down vote in the Senate next week,” South Carolina GOP Sen. Lindsey Graham said. “I’ve never felt better about the Supreme Court nomination of Judge Brett Kavanaugh than I do right now.”

Flake earlier gave a major boost to Kavanaugh with a Friday-morning announcement that he would support him, saying, "I left the hearing yesterday with as much doubt as certainty." 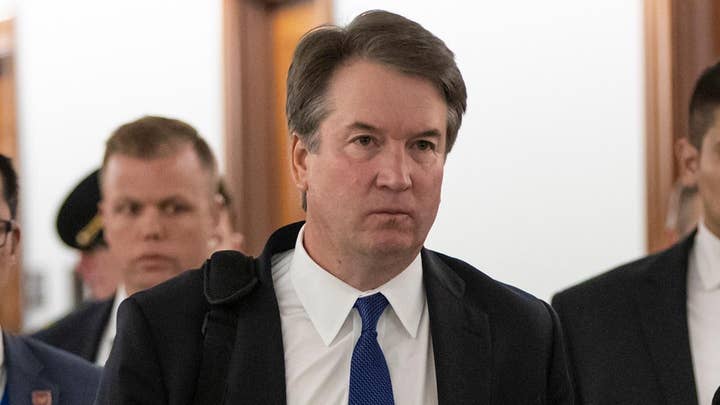 But he immediately came under heavy pressure, with protesters accosting him and Democrats lobbying him on the sidelines to reconsider.

If Flake remains a "yes," there will be 48 pledged Republicans, with Colins and Murkowski the two remaining wild cards. Sen. Mike Enzi, R-Wyo., has not announced his stance, but is expected to support the nominee. Republicans need 51 votes to confirm.

The committee vote came a day after an angry and emotional hearing on allegations of sexual assault made against Kavanaugh. Both Kavanaugh and Ford, who accused Kavanaugh of assaulting her at a high school party in the 1980s, testified before the committee on Thursday in an eight-hour session.

Kavanaugh emotionally denied Ford’s accusation, along with a number of others made against him in recent days. Kavanaugh trained his sights on committee Democrats.

Democrats pushed back, asking Kavanaugh why he would not himself urge an FBI investigation into the charges against him. Kavanaugh responded that he would assent to whatever the committee decided, but noted that an FBI probe wouldn’t draw conclusions, only gather information.

Kavanaugh’s nomination is likely to see unanimous or near-unanimous opposition from Democrats, with only a few red-state Democrats, like Heitkamp and Manchin, even considering a vote for him.

On Friday, Senate Judiciary Committee Ranking Member Dianne Feinstein, D-Calif., blasted Kavanaugh's testimony and said it showed him to be "aggressive and belligerent" and took issue with his attacks on Democrats.

"I have never seen anyone who wants to sit on the highest court in the land behave in that manner," she said.

The U.S. Capitol Police said they arrested 88 people on Friday for unlawfully demonstrating in Senate office buildings as they were protesting Kavanaugh's nomination. Police said 81 people were arrested Friday morning outside a Senate Judiciary Committee meeting in the Dirksen office building.

Seven more were arrested Friday afternoon in a separate protest at the Hart building.

All were charged with unlawfully crowding or obstructing, then processed and released.