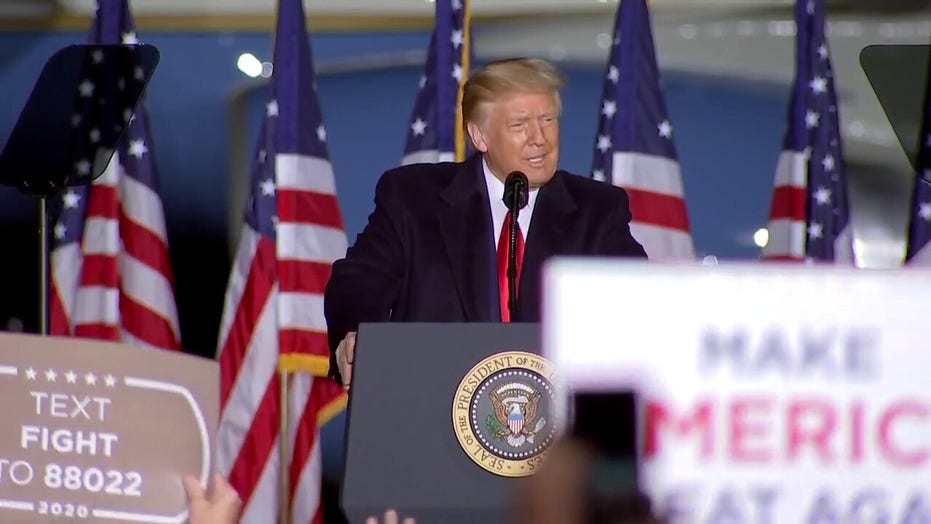 President Trump started off his Thursday rally in Mosinee, Wis., by slamming his 2020 opponent Joe Biden, accusing the former vice president of overseeing mass outsourcing of American jobs, and "selling out" the Midwest's industry.

The president pointed out that Biden was outside his hometown of Scranton, Pa., that evening for a town hall event. He accused Biden of "taking softball questions from [CNN's] Anderson Cooper."

He mocked Biden and CNN for choosing to make the event a "drive-in" style function, with about 35 cars parking at the MLB minor league Scranton/Wilkes-Barre RailRiders' stadium in Moosic, Pa.

For his part, Biden is looking to move Pennsylvania back into the Democrats' column in November, after Trump became the first presidential candidate since 1988 to win the Keystone State.

Both campaigns have targeted the state as a must-win, with the president's son Donald Trump Jr. kicking off a nationwide "Sportsmen for Trump" endeavor at a gun club in the town of Ormrod last month.

Sportsmen have been a key constituency sought by Trump, who warned at his Thursday rally that former Rep. Beto O'Rourke, D-Texas, has the potential to become Biden's gun control czar if elected. 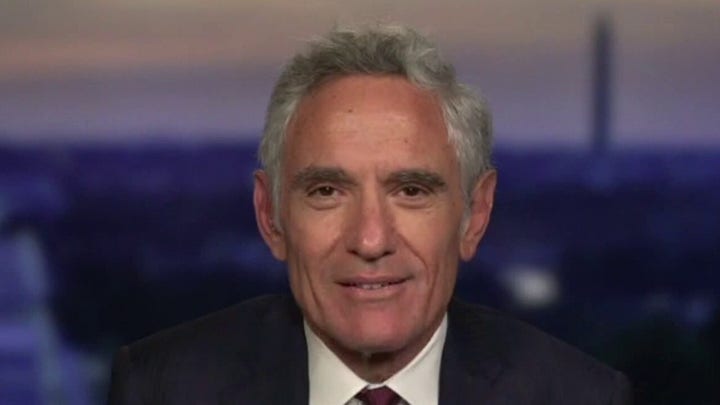 "Frankly you would not have a Second Amendment if I had not gotten elected," the president remarked.

Trump later continued the barrage on Biden, telling the crowd that the Democratic nominee was either in the Senate or was the vice president as China grew in prominence on the world stage. At the same time, he continued, American jobs were shipped overseas to the new industrial behemoth.

"Biden has supported every disastrous global sellout for half a century, including NAFTA, ... [and] China's entry into the World Trade Organization, the TPP (Trans-Pacific Partnership) -- he supported them all," the president continued, calling his opponent by the nickname "Sleepy."

Trump warned the key swing state voters in Wisconsin that a Biden victory would ensure the U.S. is "surrendered" to the "left-wing mob" headlined by groups like Antifa and Black Lives Matter.

Trump went on to call out Democratic governors for what he said are their draconian lockdown orders, remarking that in some places, people are not allowed to worship in church, but can "rip the hell out of the streets" if they desired.

In that regard, the president self-characterized his gathering -- several dozen miles west of Green Bay -- as not a "rally" but a "friendly protest." He said that by characterizing it as such, attendees are essentially able to use the same loophole that left-wing groups do when they assemble in major cities.