President Trump told reporters aboard Air Force One on Tuesday that he has narrowed down his list of potential replacements for outgoing United Nations Ambassador Nikki Haley to five people, after his daugher Ivanka removed herself from consideration for the post earlier in the day.

Trump has said he’ll name a successor for Haley in the next few weeks, amid widespread speculation over who could fill her shoes.

So far, the president has revealed only one name that's definitely on his shortlist: former deputy national security adviser Dina Powell, who Trump said Tuesday is "certainly a person I would consider" appointing.

Powell, who departed the White House in January, has worked as a managing director for Goldman Sachs and served as a senior official in George W. Bush's administration. She worked in the Trump White House both in her national security role and as Assistant to the President and Senior Counselor for Economic Initiatives.

Still, Trump told reporters Tuesday that "we have actually many names. ... Nikki is going to help us with the choice. I've heard a lot of names."

"Rick Grenell is someone I would consider," Trump said, referring to the U.S. ambassador to Germany. But he added that Grenell was not on his shortlist of five candidates, saying he's doing well in his current post: "I’d personally like to keep Rick where he is."

Grenell spent eight years serving as a U.S. spokesman and political appointee to the United Nations under the George W. Bush administration -- making him the longest-serving U.N. appointee in history. From that role, he is known to be close with Trump's National Security Adviser John Bolton, a former U.N. ambassador.

Along with Grenell and Powell, other names being floated to replace Haley include U.S. Ambassador to Russia Jon Hunstman and Acting Under Secretary for Public Diplomacy and Public Affairs Heather Nauert.

Haley surprised staff and lawmakers alike with her abrupt resignation announcement on Tuesday, saying it's time to step aside though she'll stay through the end of the year. Speaking alongside Haley in the Oval Office, the president did not give any hints to who would replace Haley at the U.N., but added there “are a number of people who would like to do it.”

Trump said earlier on Tuesday his daughter Ivanka would be a "dynamite" choice to replace Haley. But in a tweet shortly afterward, Ivanka made clear she wouldn't take the job. 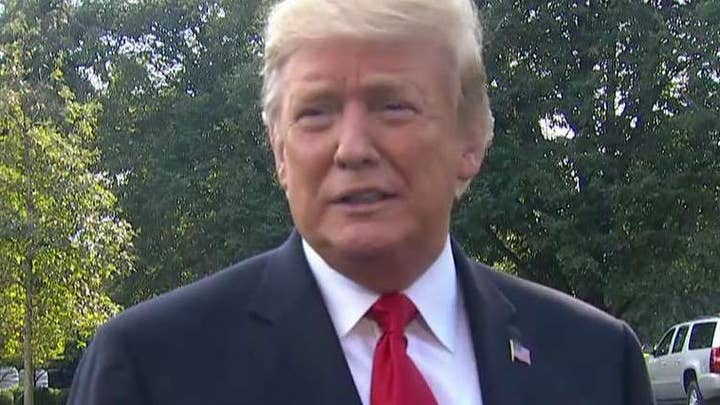 "It is an honor to serve in the White House alongside so many great colleagues and I know that the President will nominate a formidable replacement for Ambassador Haley," Ivanka wrote. "That replacement will not be me."

Speaking to reporters, Trump had praised his daughter but indicated that choosing her to take Haley's place could be problematic.

"There's nothing to do with nepotism but I want to tell you, the people that know, know that Ivanka would be dynamite," Trump said to reporters on the South Lawn of the White House just before a trip to Iowa. "But I'd then be accused of nepotism, if you can believe it, right? I think Ivanka would be incredible; that doesn't mean I'd pick her. I'd be accused of nepotism, even though I'm not sure there's anybody more competent in the world. But we are looking at numerous people."

He then joked: "I think CNN would support her." Ivanka currently serves as an assistant to the president, along with her husband Jared Kushner, who is also a top adviser. Although critics have suggested those arrangements already violate federal anti-nepotism laws, the positions are unpaid, and the Justice Department has said anti-nepotism rules do not apply to appointments in the White House.

Meanwhile, Iranian officials celebrated Haley's resignation, with the press secretary of Iran's U.N. mission saying, "there is no new sheriff in town" -- a mocking reference to Haley's comments in 2017. Haley had been a vocal critic of the Obama-era nuclear deal with Iran that President Trump withdrew from earlier this year, and she has called on U.N. members to comply with newly reinstated sanctions against the regime.

Although the sanctions have devastated Iran's economy and led to widespread protests, Iranian businessmen, aided by foreign firms, have found ways to skirt some of their effects.

In his conversation with reporters, Trump on Tuesday additionally called newly minted Supreme Court Associate Justice Brett Kavanaugh's appointment a "victory for the people" and criticized "paid protesters" for "screaming" at senators during his confirmation process. Trump suggested the protesters were "angry" because they hadn't yet received their payment.

He also confirmed that rapper Kanye West, along with Jim Brown, will indeed be coming to the White House on Thursday, and called West a "terrific" and "smart" guy" who understands the progress his administration has made for African-Americans. 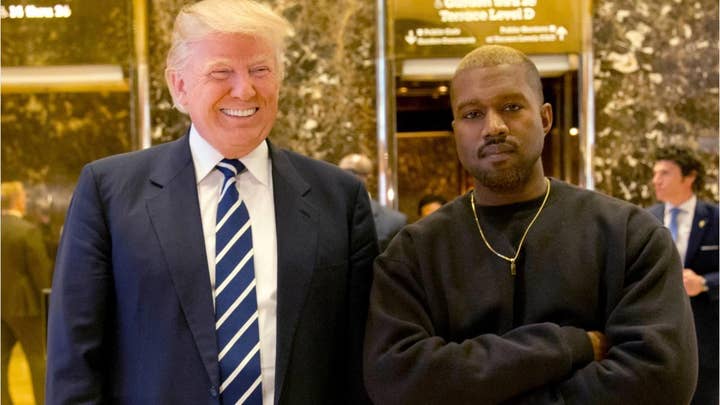 In the wide-ranging press scrum, Trump concluded by criticizing the Federal Reserve for raising interest rates three times this year. Presidents have typically refrained from appearing to compromise the Federal Reserve's independence, and economists have said the economy is strong enough, with low unemployment and a strong dollar, to justify the rate increases.

“I don’t like it,” the president said, referring to interest rate hikes. “I think we don’t have to go as fast. ... I like low interest rates."