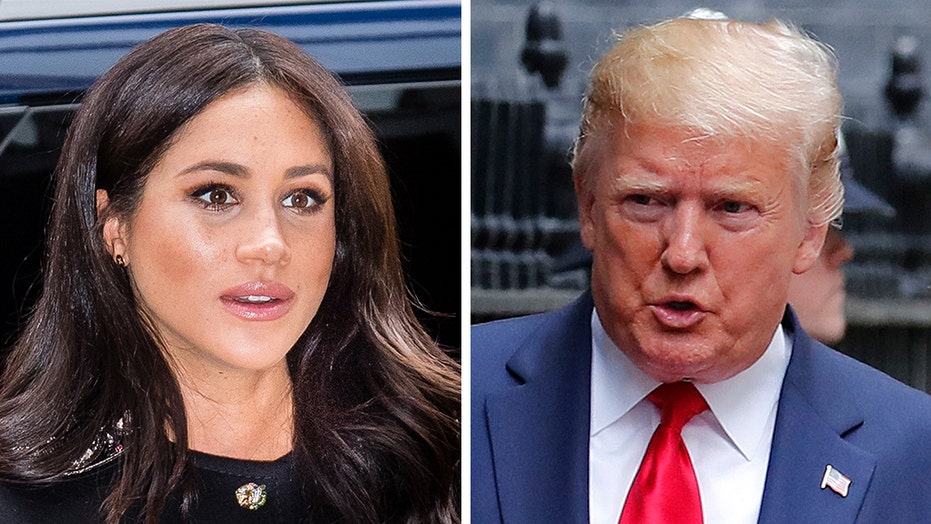 Trump said he wasn't calling Markle nasty, but rather was just surprised to hear her comments about him, including her assertion that if he became president it would force Americans to relocate to Canada.

In an interview published Friday, The Sun, a British tabloid, read aloud comments to Trump from a 2016 interview in which Markle, 37, accused him of being “misogynistic” and “divisive” during his 2016 presidential campaign.

“I’m voting for Hillary Clinton, not because she is a woman, but because Trump has made it easy to see that you don’t really want that kind of world that he’s painting,” Markle said in an interview on "The Nightly Show with Larry Wilmore" while promoting her television series, "Suits."

The president and first lady have been visiting Britain on a three-day trip. Queen Elizabeth hosted the two at Buckingham Palace Monday night. Trump and Melania toured the Churchill War Rooms on Tuesday and hosted Prince Charles and Duchess of Camilla at dinner.

Despite Markle's absence, Trump insisted that there was no tension between him and her husband, Prince Harry.

"I congratulated him and I think he’s a terrific guy," Trump told ITV. "The royal family is really nice."

"In fact, he spent a lot of time talking to Ivanka and talking to my family. I went up -- he couldn’t have been nicer."

Trump went on to praise Markle, saying: “You know what? She’s doing a good job, I hope she enjoys her life. ... I think she’s very nice.”