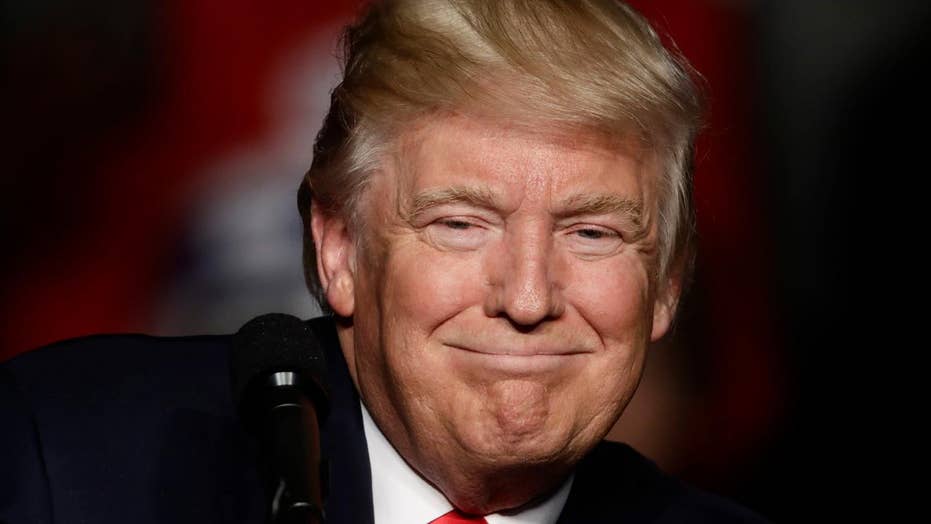 President-elect Donald Trump lashed out at the media Friday for reports suggesting he was going back on a campaign vow to make Mexico pay for a border wall with the U.S., insisting Mexico will reimburse American taxpayers for any money Washington spends up front.

Top aides reportedly are considering a plan to ask Congress to ensure money is available in U.S. coffers for the wall, while relying on existing law that already authorizes fencing and other technology along the southern border. The funding development was cast in some outlets as a reversal by Trump on his promise to stick Mexico with the bill.

In an early-morning Twitter response, Trump called the reports “dishonest” and suggested the U.S. would only be putting up money for the “sake of speed” -- and vowed Mexico would eventually pay it back.

Senior adviser Kellyanne Conway confirmed on “Fox & Friends” that Trump wants Mexico to pay back any costs shouldered by the U.S. and said he’s not going back on his promise.

“He is going to build that wall, and Mexico is going to pay for it,” she said. “That has not changed.”

It remains unclear how the Trump administration would compel Mexico to pay, as America’s southern neighbor has shown no intention of doing so. In the near-term, the push to rely on existing law authorizing a border fence could stave off a legislative fight that Trump might lose if he tried to get Congress to pass a measure authorizing the kind of border wall he promised during the campaign.

But whatever steps might be taken without Congress' approval would be likely to fall short of the extravagant new wall on the border that Trump repeatedly said Mexico would pay for during his campaign.

Still, several lawmakers and congressional officials said the administration could have significant flexibility in taking additional steps without Congress' approval.

"There's a lot of things that can be done within current law," said Rep. Mario Diaz-Balart, R-Fla., a longtime proponent of comprehensive immigration reform, though he emphasized that a lasting solution on immigration would take action by Congress. "You cannot minimize the potential impact of the administration doing what they can do under the law," he said.

Trump's vow to build an impenetrable, concrete wall along the southern border was his signature campaign proposal. "Build the wall!" supporters would chant at his rallies. "Who's going to pay for it?" Trump would ask them. "Mexico!" Trump often promised the wall would be built of hardened concrete, rebar and steel as tall as his venues' ceilings, and would feature a "big, beautiful door" to allow legal immigrants to enter.

Most experts viewed such promises as unrealistic and impractical, and Trump himself sometimes allowed that the wall would not need to span the entire length of the border, thanks to natural barriers like rivers. After winning the election, he said he'd be open to stretches of fencing.