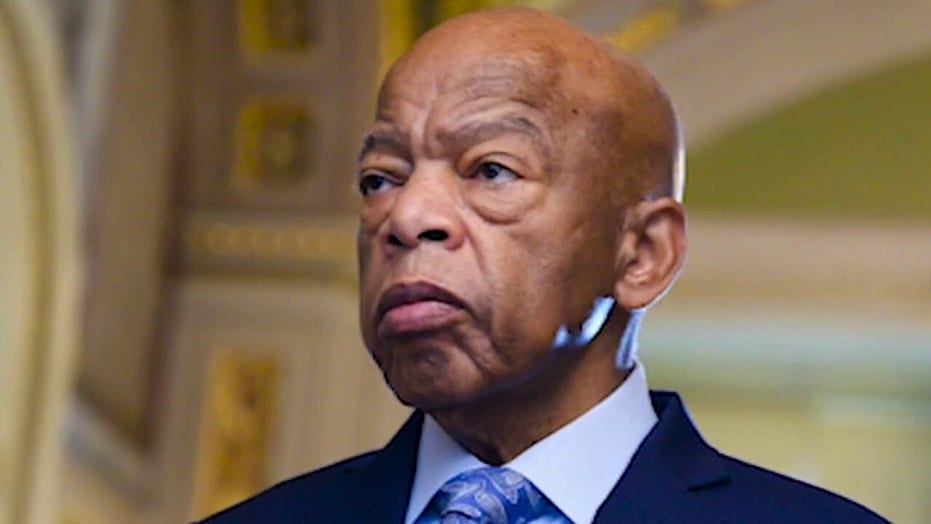 President Trump, in a wide-ranging interview with "Axios on HBO" that aired Monday night, refused to praise late civil rights icon and Rep. John Lewis, citing Lewis' decision not to attend his inauguration and State of the Union speeches.

Interviewer Jonathan Swan repeatedly challenged Trump on topics ranging from the increasing number of coronavirus cases when he held his indoor and largely maskless rally in Tulsa, Okla., to Afghanistan to mail-in voting. Swan also asked Trump his opinion of Lewis.

"John Lewis is lying in state at the U.S. Capitol. How do you think history will remember John Lewis?" Swan asked Trump.

Lewis, a progressive Democrat, received widespread praise from both sides of the aisle after his passing for his role in the civil rights movement. Lewis was arrested more than 40 times while protesting, was beaten on the Edmund Pettus Bridge on "Bloody Sunday" of the Selma-Montgomery marches and was the youngest speaker at the 1963 March on Washington -- where Martin Luther King Jr. delivered his "I Have a Dream" speech.

"I was lucky enough to be there that day. I marveled at the massive crowds. The sight gave me hope for our country. That was John’s doing," Senate Majority Leader Mitch McConnell, R-Ky., said of Lewis and the March on Washington. "But even though the world around him gave him every cause for bitterness, he stubbornly treated everyone with respect and love." 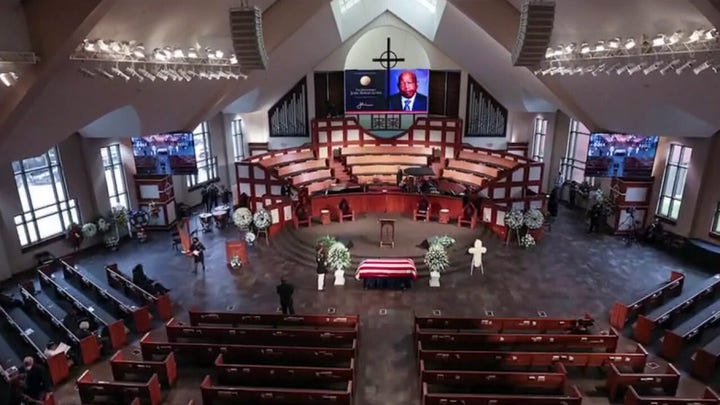 Said House Minority Leader Kevin McCarthy, R-Calif.: "John Lewis was an extraordinary man. He suffered for this nation, enduring what would have easily broken other men, so that future generations could enjoy the full blessings of freedom. ... His patriotism urged him forward to fight for America with nonviolence and defend it with peacefulness. We are a better nation because of John Lewis."

Swan then asked Trump whether he thinks Lewis and his story are "impressive."

"I can't say one way or the other," Trump said. "I find a lot of people impressive. I find many people not impressive."

Swan prodded Trump to answer the question, to which the president responded, "[h]e didn't come to my inauguration. He didn't come to my State of the Union speeches. And that's OK. That's his right, and, again, nobody has done more for Black Americans than I have."

Trump, during a later portion of the interview on a different topic, said: "I did more for the Black community than anybody with the possible exception of Abraham Lincoln."

Trump acknowledged that Lewis spent "a lot of energy and a lot of heart" on civil rights but said there were "many others" who did so as well. When Swan asked Trump whether the Edmund Pettus Bridge should be renamed after Lewis, Trump said he "would have no objection."

Lewis's funeral service was last week at the same church where King was baptized, served as a pastor and where his funeral was held after his 1968 assassination. Former Presidents Bill Clinton, George W. Bush and Barack Obama spoke at the gathering. Trump did not attend, nor did he visit Lewis while Lewis was lying in state. The only living president besides Trump who didn't attend Lewis' funeral was 95-year-old Jimmy Carter.