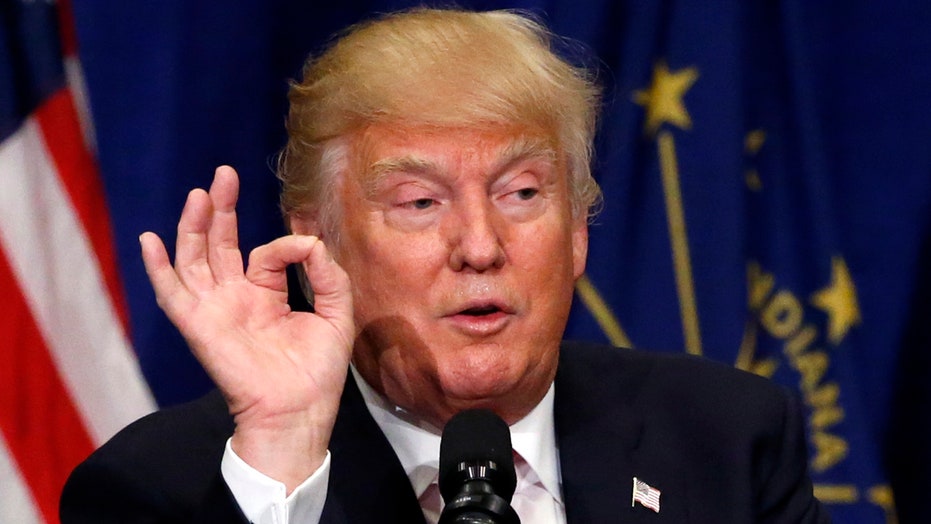 Donald Trump opens up about his chances in Indiana

On 'Fox & Friends,' Republican frontrunner sounds off about the race

Donald Trump hit back hard Tuesday at Ted Cruz’s father after he made an appeal to “every member of the body of Christ” to vote for his son, and not the “wicked” – calling the comments “disgraceful” and “horrible.”

The Cruz campaign already has rejected that National Enquirer report from last month as “garbage.”

But Trump unleashed on the Cuban-born Rafael Cruz, a pastor, after he made his religious appeal to Indiana and other voters to support his son in the Republican presidential nominating contest. Indiana is voting Tuesday.

Speaking with the head of the American Family Association of Indiana, the elder Cruz had warned of the “wicked electing the wicked” and urged fellow Christians to come out to vote.

“I implore, I exhort every member of the body of Christ to vote according to the word of God, and vote for the candidate that stands on the word of God and on the Constitution of the United States of America," Cruz said, as earlier reported by The Washington Examiner. "And I am convinced that man is my son, Ted Cruz. The alternative could be the destruction of America."

The Examiner reported that Rafael Cruz had been meeting for days with Indiana pastors, many of whom have since endorsed the Texas senator.

He went on to invoke the Enquirer story, which claimed Rafael Cruz was photographed next to Oswald in 1963 handing out pro-Castro literature.

“His father was with Lee Harvey Oswald prior to Oswald being … shot,” Trump said Tuesday. “Nobody even brings it up.”

The Cruz campaign, though, has unequivocally rejected the Enquirer report as false. And on Tuesday, Cruz campaign spokeswoman Catherine Frazier said Trump’s comments show his desperation.

“Trump is detached from reality, and his false, cheap, meaningless comments every day indicate his desperation to get attention and willingness to say anything to do so. We are campaigning on jobs freedom and security while trump campaigns on false tabloid garbage. And the media is willfully enabling him to cheapen the value of our democratic process,” she said in a statement.

The campaign previously told McClatchy when the Enquirer story appeared last month that "that is not Rafael in the picture."

While Cruz’s father was a Castro supporter as a young man, he later turned against him and became anti-communist.