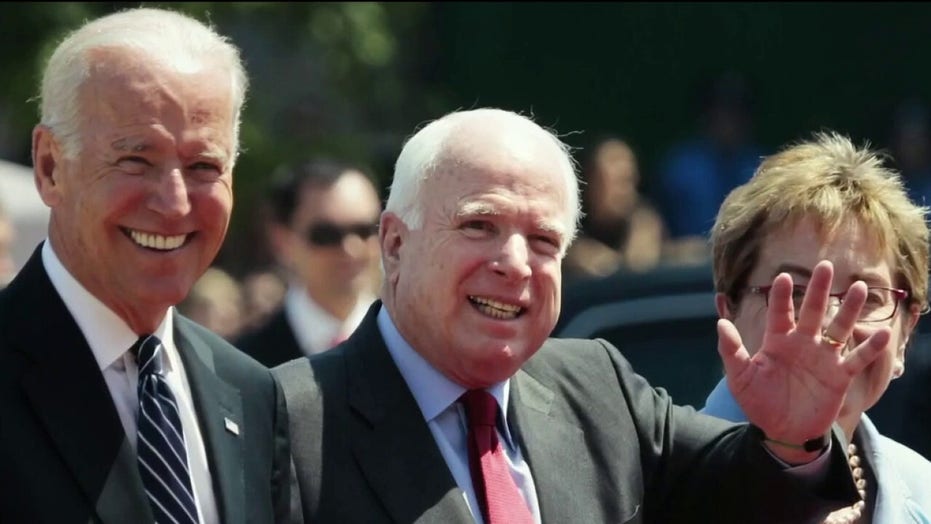 President Trump fired back at Cindy McCain after the widow of the late Republican Sen. John McCain publicly declared her support for Joe Biden in November's presidential election.

Trump has never hidden the fact that he did not like the Arizona senator, who famously and dramatically cast the deciding vote against a bill that would have repealed parts of ObamaCare.

"I hardly know Cindy McCain other than having put her on a Committee at her husband’s request," Trump tweeted Wednesday morning. "Joe Biden was John McCain’s lapdog. So many BAD decisions on Endless Wars & the V.A., which I brought from a horror show to HIGH APPROVAL. Never a fan of John. Cindy can have Sleepy Joe!"

Cindy McCain announced her endorsement of the Democratic presidential nominee Tuesday night, indicating that Biden's values outweighed the political differences between them.

"My husband John lived by a code: country first," she said. "We are Republicans, yes, but Americans foremost. There's only one candidate in this race who stands up for our values as a nation, and that is @JoeBiden," she tweeted.

McCain's wife had already praised Biden in a video at the Democratic National Convention in which she discussed the friendship between her husband and the former vice president, but did not formally endorse him then.

Biden responded to her endorsement, "I'm deeply honored to have your support and your friendship. This election is bigger than any one political party. It requires all of us to come together as one America to restore the soul of the nation. Together, we'll get it done."

Biden said that McCain decided to endorse him after The Atlantic magazine reported that Trump made disparaging remarks about U.S. service members on numerous occasions. Trump denied making the comments, and individuals who were with the administration such as former National Security Adviser John Bolton spoke against the allegations as well.