President Trump on Friday hailed the Supreme Court’s “Bridgegate” ruling a day earlier, when the court threw out the federal convictions of former New Jersey officials who had been charged with fraud for their role in the controversy.

"I think it's the same group, basically," Trump said during an exclusive interview with "Fox & Friends" Friday morning. "It's the Comey group — whether he's there or not, the whole thing whether he was involved, I don't even know, but it's the Obama Justice Department."

"They went after Chris Christie and they went after that group of people," Trump said of the Supreme Court ruling. The Supreme Court unanimously voted to throw out the convictions of ex-Christie aides Bridget Kelly and Bill Baroni, who had been charged with fraud for closing lanes on the George Washington Bridge under false pretenses for political purposes.

The president said that after the ruling, he called Christie and "congratulated him."

The president added that "some very liberal judges," referring to justices on the Supreme Court, "were voting in favor." 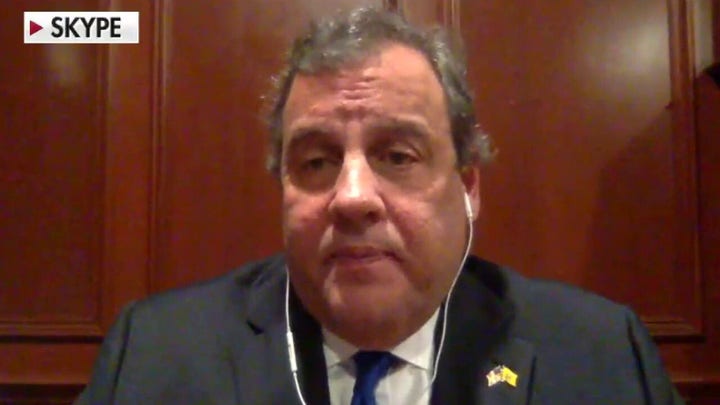 The court recognized that the 2013 lane closures, known commonly as “Bridgegate,” were done as political payback against the mayor of Fort Lee, N.J., for not supporting Christie's reelection campaign. The problem, the court pointed out, is that this is not a violation of the federal fraud statutes under which the defendants were charged.

"The question presented is whether the defendants committed property fraud. The evidence the jury heard no doubt shows wrongdoing—deception, corruption, abuse of power," Justice Elena Kagan wrote in the court's unanimous opinion. "But the federal fraud statutes at issue do not criminalize all such conduct.”

The problem with the convictions for the ex-Christie aides, the court pointed out, is that the goal of the scheme was not to obtain money or property, which is a necessary element of the federal fraud statutes involved.

Emails showed that Kelly wanted to “creat[e] a traffic jam that would punish” the mayor of Fort Lee and “send him a message," and that as a cover for this, Kelly, Baroni, and Port Authority official David Wildstein said the lane closures were part of a traffic study, even asking the Port Authority for data after the fact in order to back up the story. Wildstein pleaded guilty to conspiracy charges, while Kelly and Baroni were convicted by a jury.

Federal prosecutors claimed that the fraud statutes were satisfied because Kelly and Baroni were trying to commandeer physical parts of the bridge, and to obtain Port Authority funds necessary to pay traffic engineers for the study and back-up toll collectors to make the lane closure possible.

CHRISTIE LASHES OUT AT BRIDGEGATE PROSECUTOR: 'THE POLITICS OF THIS REEK'

"We cannot agree," Kagan wrote, explaining that the lane closure "was a quintessential exercise of regulatory power," not a scheme to obtain property, and that taking Port Authority funds to pay for the closures and study "was incidental to" their plot, not the objective.

"[N]ot every corrupt act by state or local officials is a federal crime," Kagan concluded. "Because the scheme here did not aim to obtain money or property, Baroni and Kelly could not have violated the federal-program fraud or wire fraud laws.”

The resolution comes after the controversy exploded into a political scandal for Christie himself, even as he denied involvement and was never charged in connection with the case.

Christie, who saw his 2016 presidential hopes shattered in part because of the case, lauded the court's ruling in a statement Thursday morning.

"The unanimous decision today by the U.S. Supreme Court ends a 6 ½ year political crusade by former U.S. Attorney Paul Fishman and the Obama Justice Department against Bill Baroni, Bridget Kelly and dozens of members of my Administration," he said. "As many contended from the beginning, and as the court confirmed today, no federal crimes were ever committed in this matter by anyone in my administration. It is good for all involved that today justice has finally been done."