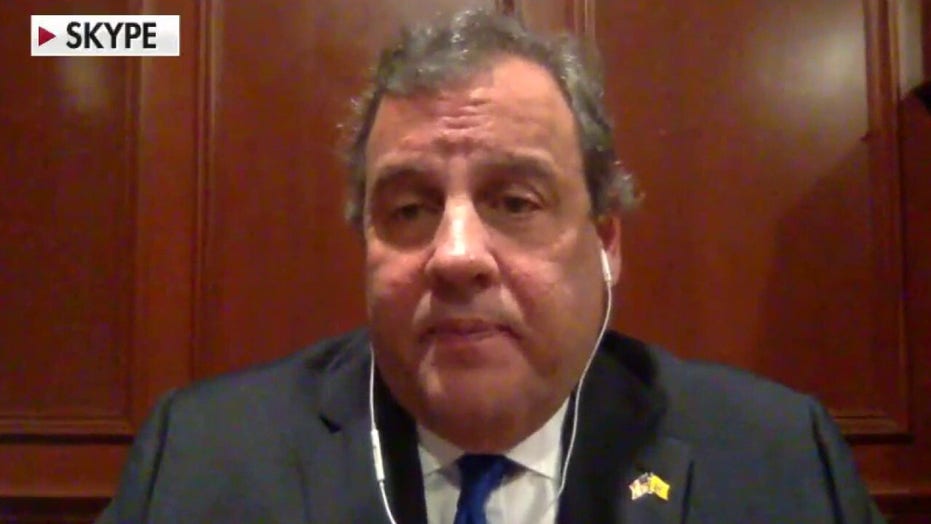 Former New Jersey Gov. Chris Christie slammed the Obama-appointed federal prosecutor who oversaw the 2013 "Bridgegate" case Thursday after the Supreme Court unanimously threw out the convictions of two of his political allies.

"This was the politically appointed U.S. Attorney for New Jersey by the Obama administration, Paul Fishman, who, from the time he got into office and I was elected governor one month thereafter [in 2009], was looking for a way to go out and get us," Christie told "The Ingraham Angle".

Bridget Anne Kelly, Christie's onetime deputy chief of staff, and Bill Baroni, a Christie appointee to the Port Authority of New York and New Jersey-- which operates the George Washington Bridge, major airports, and other bi-state commuter crossings -- were convicted in November 2016 of wire fraud, civil rights violations and other charges. The case revolved around Kelly, Baroni and another Christie ally, David Wildstein, allegedly creating traffic problems in Fort Lee, N.J. by closing lanes at the George Washington Bridge under the guise of conducting a traffic study.

The designed congestion, the Supreme Court noted in its ruling written by Justice Elena Kagan, was political payback against Fort Lee Mayor Mark Sokolich after he declined to endorse Christie's reelection bid.

However, the ruling noted that since the goal of the traffic scheme was not to obtain money or property, the federal fraud statutes under which Kelly and Baroni were convicted did not apply.

"[N]ot every corrupt act by state or local officials is a federal crime," Kagan wrote.

Christie told Ingraham that Fishman  "was told by many members of the bar that the case he was pursuing had no basis in law -- and in fact today, he didn't get one Supreme Court justice to support his interpretation of the law."

The former governor and 2016 GOP presidential candidate said Fishman "invented" charges against Kelly and Baroni and "dragged" his administration through years of turmoil and cratering public approval ratings while the investigation itself was "filled with leaks and improper activity."

"This is not over yet," Chrstie said. "I think we are really going to have to look at what happened in the Obama Justice Department."

Christie also claimed that Fishman, now a white-collar defense attorney, was purportedly interested in working in a potential Hillary Clinton administration. At the time the scandal broke, Christie was mooted as a favorite for the 2016 Republican nomination.

"He is a politically ambitious guy who wanted some high position in the next Clinton administration," Christie said. "[T]he best way to do that would be to take out her number one opponent at the time -- The politics of this reek."

Ingraham then read Christie a statement from Fishman issued in response to the Supreme Court's ruling.

"It's stunning but perhaps not surprising that Chris Christie's response [to the ruling] is to concoct accusations of political ambition, partisanship and personal vindictiveness," the statement read. "The job of federal prosecutors is to investigate and prosecute that kind of wrongdoing fairly, honestly and objectively, and to prosecute when appropriate. I did my job and my colleagues did theirs."

Christie rejected Fishman's claim that the prosecution was "appropriate."

"It was a 13-page opinion. They gave him the back of their hand," he said, adding that Fishman had put Kelly and Baroni through legal and financial turmoil for the purpose of "ingratiat[ing] himself with the Clintons and the Obamas.

"It's outrageous, I had that [U.S. attorney] job for seven years and never was anything like this done."