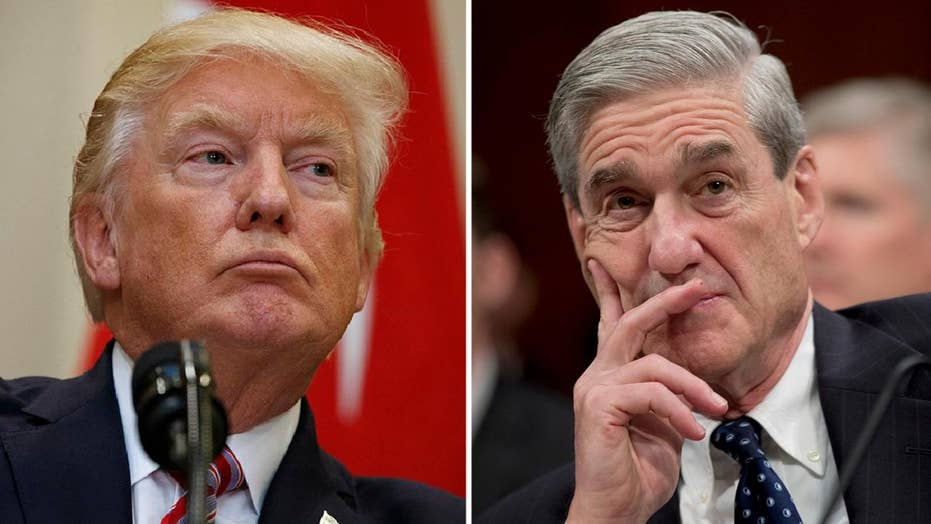 The New York Times first reported that Trump had directed McGahn to contact Sessions this past March. According to the AP, two anonymous sources confirmed that McGahn unsuccessfully lobbied Sessions to continue to oversee the Russia investigation.

Sessions announced on March 2 that he would recuse himself from that probe. He said at the time that he should not oversee an investigation into a campaign for which he was an active and vocal supporter, though the recusal also followed the revelation that he had had two previously undisclosed interactions during the 2016 campaign with the Russian ambassador to the United States.

Frustration in Australia over leaks by US on Russia probe

Catherine Herridge reports on the fallout from the New York Times report.

But soon before the announcement, McGahn spoke to Sessions by phone and urged him against recusing himself from the investigation.

During the conversation, according to people familiar with the matter, McGahn argued to Sessions that there was no reason or basis at that time for him to recuse. One person said McGahn also told him that recusal would do nothing to resolve concerns over whether Sessions had given a misleading answer at his confirmation hearing weeks earlier when he said he had not had any contacts with Russians.

Sessions ultimately declined the urging, and McGahn accepted the conclusion of officials who believed that Sessions should recuse.

Rep. Ron DeSantis reacts to the New York Times report on the origin of the FBI probe.

The Times reported that Trump "erupted in anger" after Sessions recused himself, "saying he needed his attorney general to protect him."

The episode is known to special counsel Robert Mueller and his team of prosecutors and is likely of interest to them as they look into whether Trump's actions as president, including the May firing of FBI Director James Comey, amount to improper efforts to obstruct the Russia investigation. Investigators recently concluded a round of interviews with current and former White House officials, including McGahn.