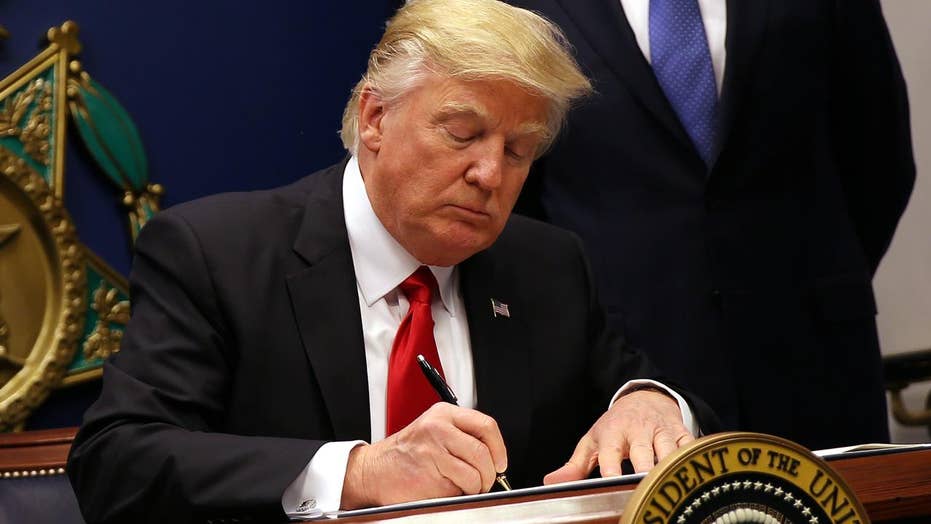 President Trump is used to rebukes from his own party – but his administration’s abrupt rollout of Friday’s sweeping immigration order has drawn criticism from a wide range of Republicans, including those once considered for positions on his Cabinet.

While the administration is standing by Friday’s order and defending its implementation, the concerns from Capitol Hill could at least nudge the president’s team to reconsider how tightly held it keeps such decisions. One of the more pointed complaints on the lack of coordination came from House Homeland Security Committee Chairman Michael McCaul, R-Texas, who in a statement Sunday evening lamented what he called the “confusion and uncertainty” stemming from Friday’s order.

“In the future, such policy changes should be better coordinated with the agencies implementing them and with Congress to ensure we get it right—and don’t undermine our nation’s credibility while trying to restore it,” he said.

McCaul specifically said the U.S. should not “turn away” people who have green cards or “who have risked their lives serving alongside our forces overseas or who call America their home.”

Since the order signing, Homeland Security Secretary John Kelly has clarified that green-card holders from the countries in question will be allowed to re-enter – after the administration initially sent mixed signals on the issue.

But the critique from McCaul could carry weight, considering he was thought to be a candidate for Homeland Security secretary, before Trump decided on Kelly.

Another lawmaker who reportedly was a dark-horse candidate for secretary of State, Sen. Bob Corker, R-Tenn., issued a brief statement calling the executive order “poorly implemented” and calling for “revisions.”

According to a senior Justice Department official, the department’s Office of Legal Counsel reviewed this and other Trump orders before they were issued – but that review was limited to the question of whether an order was “on its face lawful and properly drafted.” The office has not been addressing broader policy implications in its review.

Meanwhile, other Republicans who frequently have been critical of Trump dating back to the campaign were quick to speak out against Friday’s order.

Ohio Gov. John Kasich, who ran against Trump in the 2016 GOP primaries, tweeted that the order should be “replaced with a more thoughtful approach consistent with our values.”

“It is clear from the confusion at our airports across the nation that President Trump’s executive order was not properly vetted. We are particularly concerned by reports that this order went into effect with little to no consultation with the Departments of State, Defense, Justice, and Homeland Security.”

Trump, though, fired back at McCain and Graham, calling their statement “wrong” and the senators themselves “weak on immigration.”

He tweeted that they “should focus their energies on ISIS, illegal immigration and border security instead of always looking to start World War III.”

Trump’s defense of his new policies continued into Monday as he cited Kelly’s assessment that “all is going well with very few problems.” He stressed, “Only 109 people out of 325,000 were detained and held for questioning.”

He also defended the lack of notice, tweeting that if he had given "a one week notice, the 'bad' would rush into our country during that week. A lot of bad 'dudes' out there!"

Much of the confusion over the weekend centered around passengers who were en route to America when the order was signed. A federal judge in New York issued an order temporarily blocking the deportation of anyone who arrived with a valid visa from the countries in question.

Some Democratic lawmakers are preparing to challenge the broader immigration and refugee order, though they would need significant Republican support for such legislation to advance.

Even as some influential Republicans criticized Trump, he has maintained support from top leaders like House Speaker Paul Ryan, R-Wis., and others.

And McCaul, while criticizing the order’s implementation, defended the Trump administration against the way it has been characterized by critics.

“[I]t is deeply irresponsible to characterize this Executive Order as a ‘Muslim ban.’ It is not,” McCaul said. “The order puts a pause on refugee admissions and temporarily halts immigration from seven countries, each of which was already designated by the Obama Administration as an area of terror concern. The U.S. government has paused immigration from specific countries in the past in order to implement additional measures to prevent terrorist infiltration of our homeland.”

He said he’s offered advice to Trump “on how to develop better, common-sense security checks for immigrants and refugees, and as the Administration weighs next steps, I will press for responsible screening policies that keep Americans safe while upholding our values.”