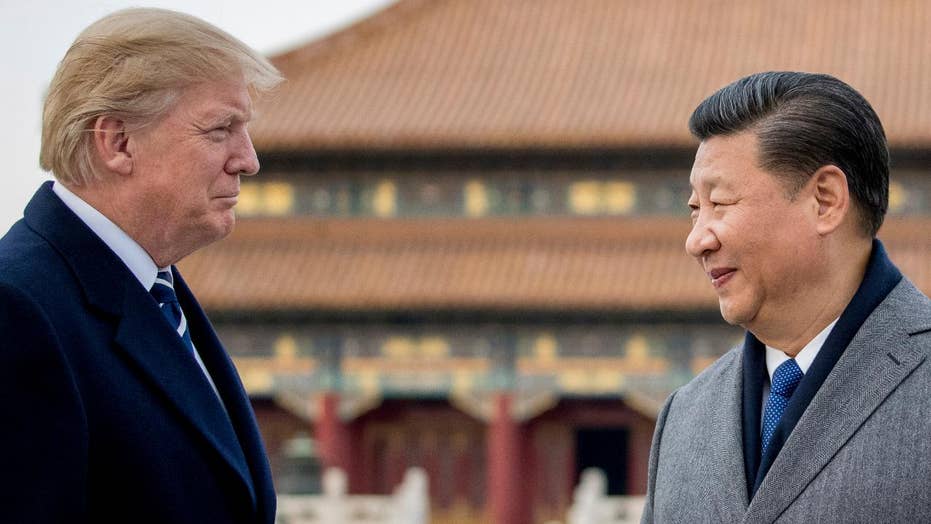 Gen. Jack Keane: Trump needs to push back on China

The four-star general and Fox News military analyst breaks down the strategic implications of the president's one-on-one meeting with President Xi in Beijing.

President Trump is expected to urge China to cut its financial links to Pyongyang and expel North Korean workers from the country during his two-day stop.

Trump arrived in Beijing on Wednesday after spending two days in South Korea, where he urged “responsible nations” to unite and stop supporting North Korea.

"You cannot support, you cannot supply, you cannot accept," he said, calling on "every nation, including China and Russia," to fully implement recent U.N. Security Council resolutions on North Korea.

Trump has praised President Xi Jinping for taking some steps against the hermit kingdom but urged him to do more, as White House officials believe the border between China and North Korea remains a trade corridor.

"I want to just say that President Xi -- where we will be tomorrow, China -- has been very helpful. We'll find out how helpful soon," Trump said Tuesday. "But he really has been very, very helpful. So China is out trying very hard to solve the problem with North Korea."

The White House is banking on Trump's personal relationship with Xi to drive the negotiations. Trump has frequently showered praise on Xi, who recently became the nation's most powerful leader in decades, including with a trip to Trump's Florida estate for a summit.

"He's a powerful man. I happen to think he's a very good person. Now with that being said, he represents China, I represent the U.S.A., so, you know, there's going to always be conflict," Trump told the Fox Business’ Lou Dobbs in October. "People say we have the best relationship of any president-president, because he's called president also. Now some people might call him the king of China. But he's called president."

Trump and First Lady Melania Trump were greeted in Beijing by dozens of children who waves U.S. and Chinese flags and jumped up and down. They sipped tea with Xi and his wife, Peng Liyuan, and received a private tour of the Forbidden City, Beijing's ancient imperial palace, before dinner.

Trump will attend a welcome ceremony at the Great Hall of the People in Beijing on Thursday and is expected to have an expanded bilateral meeting with Xi at some point during his visit.