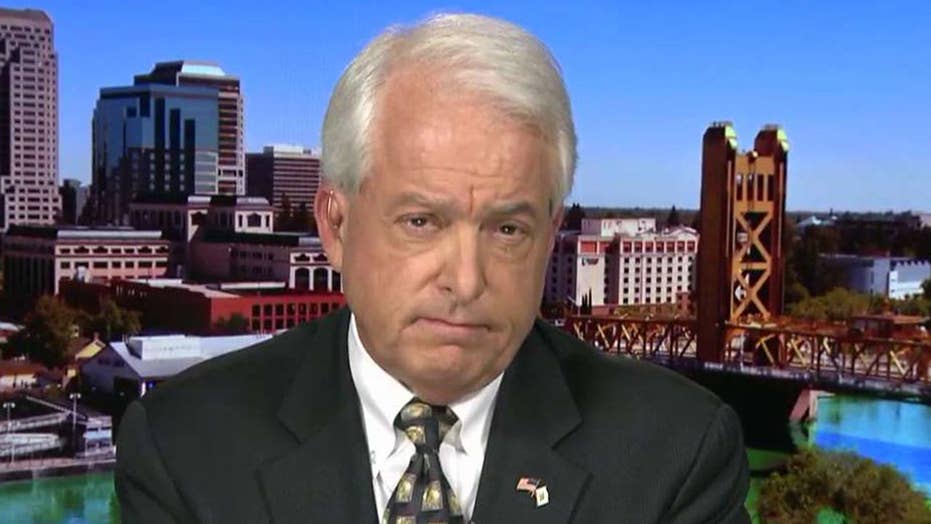 Republican businessman from San Diego was endorsed by President Trump via tweet.

President Donald Trump backed San Diego businessman John Cox for California governor Friday in an announcement that could provide a boost for Republicans hoping to secure a spot on the ballot this November.

“California finally deserves a great Governor, one who understands borders, crime and lowering taxes,” Trump tweeted Friday. “John Cox is the man – he’ll be the best Governor you’ve ever had. I fully endorse John Cox for Governor and look forward to working with him to Make California Great again!”

Cox has said he voted for Libertarian Gary Johnson in the 2016 presidential race, but has also said he regrets that vote.

“I am honored and deeply grateful to my President and I am looking forward to working with him to make California great again,” Cox said in a statement, likening his experience in business to Trump’s.

Cox has also earned the backing of much of California’s GOP establishment, including U.S. House Majority Leader Kevin McCarthy of Bakersfield.

Cox is facing off against Republican Assemblyman Travis Allen and several Democratic candidates in the primary. At the state Republican Party’s convention in San Diego this month, delegates favored Cox over Allen by a 55 to 41 percent margin, FOX 5 reported. Still, Cox remains below the 60 percent threshold required for an official endorsement.

Republicans hope that the remaining Democrats will split the vote enough to allow one of the GOP candidates onto the ballot in November. Per California law, all candidates will appear on the same primary ballot next month, and the top two finishers will advance to the November midterms, regardless of party.