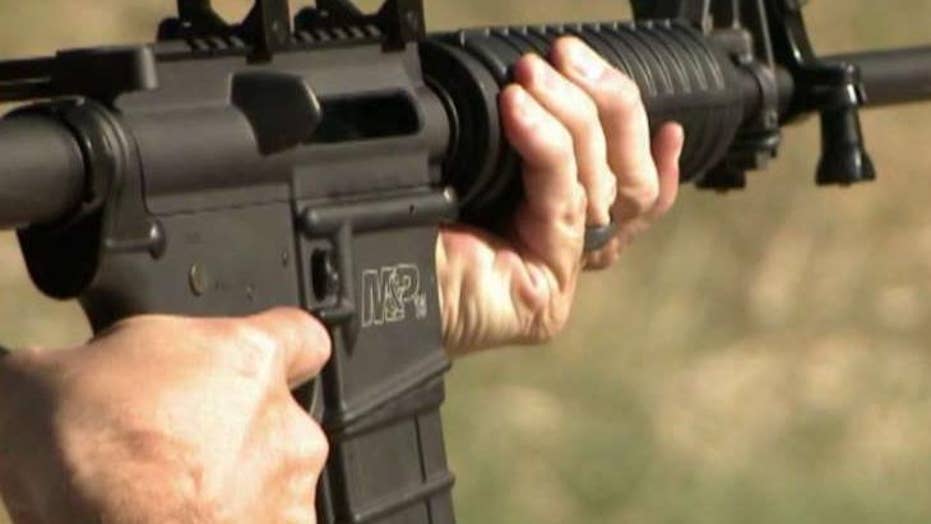 Democratic strategist Jessica Ehrlich and Republican strategist John Thomas weigh in on the political impact of Beto O'Rourke's plan to confiscate some guns on the Democratic Party.

The former Texas congressman has fueled the fears of gun-rights groups by openly saying at last week's debate what Democrats have long denied: “Hell, yes, we're going to take your AR-15, your AK-47.” He specifically is advocating a mandatory buyback program for assault-style weapons, citing their use in deadly mass shootings.

“Dummy Beto made it much harder to make a deal,” Trump tweeted Wednesday. “Convinced many that Dems just want to take your guns away. Will continue forward!”

Trump has been in talks with lawmakers over potential new measures in the wake of recent mass shootings. White House Deputy Press Secretary Hogan Gidley told Fox News Tuesday that he expected an announcement “very soon.” Gidley said Trump wanted to make sure that any new laws would address actual problems and not just be “feel-good legislation.”

The president’s morning tweet may be an indication that such an announcement could be delayed.

O’Rourke even took heat from his own party for the remarks. Rep. David Cicilline, D-R.I., said, “That message doesn’t help,” in a conversation on “Fox News Sunday.”

One of O’Rourke’s 2020 opponents, South Bend, Ind. Mayor Pete Buttigieg, agreed that O’Rourke’s statement was counterproductive, given that Republicans are currently at least discussing gun safety.

“When even this president and even [Senate Majority Leader] Mitch McConnell are at least are pretending to be open to reforms, we know that we have a moment on our hand,” he told CNN. “Let’s make the most of it and get these things done.”

O'Rourke hit back, tweeting: "Leaving millions of weapons of war on the streets because Trump and McConnell are 'at least pretending to be open to reforms'? That calculation and fear is what got us here in the first place. Let’s have the courage to say what we believe and fight for it."