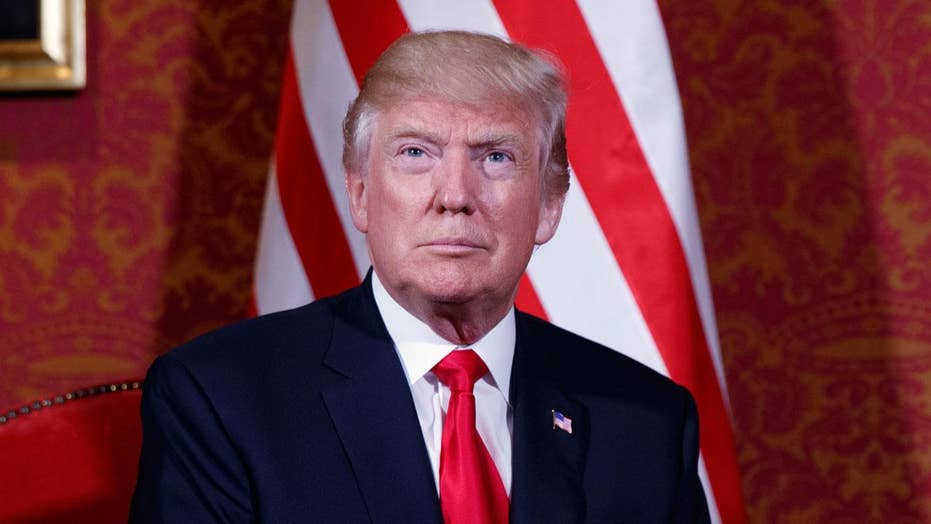 President Trump spoke proudly of the Western world pursuing innovation, cherishing art and writing symphonies – but the only instrument a Washington Post writer heard was a dog whistle.

Trump’s Thursday speech in Warsaw was largely acclaimed – even by longtime critics – as the president took Russia to task for destabilizing actions around the world and praised the Polish resistance during World War II as a model for cultures fighting existential threats. But several left-leaning outlets – including The Post, The Los Angeles Times, Salon and The Atlantic – decried the speech as an ode to white nationalism and anti-Muslim, anti-immigrant rhetoric.

The Washington Post headlined an opinion piece from editorial board member Jonathan Capehart “Trump’s white-nationalist dog whistles in Warsaw.” Capehart’s biggest gripe centers around the section where Trump touted Western accomplishments and that began with the line, “We write symphonies.”

“What on Earth does that have to do with anything?” Capehart wrote. “…In that one line, taken in context with everything else Trump said, what I heard was the loudest of dog whistles. A familiar boast that swells the chests of white nationalists everywhere.”

The Atlantic picked up where The Post left off, with an article called “The Racial and Religious Paranoia of Trump’s Warsaw Speech.”

“In his speech in Poland on Thursday, Donald Trump referred 10 times to ‘the West’ and five times to ‘our civilization,’” Peter Beinart wrote. “His white nationalist supporters will understand exactly what he means. It’s important that other Americans do, too…The West is a racial and religious term.”

Beinart added that what links American and Polish governments ideologically “is their hostility to Muslim immigration.”

“The most shocking sentence in Trump’s speech—perhaps the most shocking sentence in any presidential speech delivered on foreign soil in my lifetime—was his claim that ‘The fundamental question of our time is whether the West has the will to survive,’” he wrote. “Trump’s sentence only makes sense as a statement of racial and religious paranoia. The ‘south’ and ‘east’ only threaten the West’s ‘survival’ if you see non-white, non-Christian immigrants as invaders. They only threaten the West’s ‘survival’ if by ‘West’ you mean white, Christian hegemony.”

Beinart accused Trump of not speaking as president, but instead “speaking as the head of a tribe.”

Other outlets were less scathing in their criticism, but took shots at the president nonetheless.

Salon said Trump’s speech “ripped a line from Europe’s far-right playbook.” The LA Times termed Trump’s ideas “ethnocentric” and called his description of threats from terrorism as “a thinly veiled reference to the Islamic world.”

The Week cast the address as a “dark vision of America” and criticized his word choice.

“While Trump said the word ‘freedom’ 15 times during his speech — ‘brave defenders of freedom,’ ‘bled and died for freedom,’ ‘demolish freedom’ — he did not once speak of ‘democracy,’” Jeva Lange wrote.

The Wall Street Journal editorial called it a "defining speech" -- and a "determined and affirmative defense of the Western tradition."