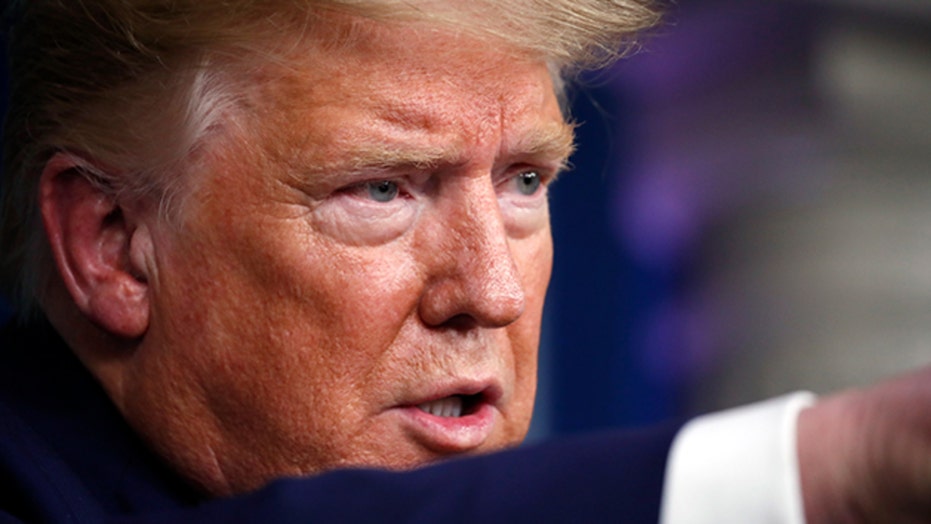 President Trump and the coronavirus task force give an update from Washington, DC.

President Trump on Saturday warned the nation of a deadly week ahead in the fight against the coronavirus as the number of Americans infected passed 300,000.

"This will probably be the toughest week -- between this week and next week," Trump said Saturday at the beginning of his coronavirus task force briefing at the White House.

"There will be a lot of death, unfortunately. But a lot less death than if this wasn't done," Trump said of the nationwide precautions underway. "But there will be death."

The sober briefing comes as the virus is spreading rapidly and more testing is revealing a steep uphill rate of infection.

To respond, Trump said he's deploying 1,000 medical military personnel to New York, the epicenter of the United States outbreak. Reinforcing his hope for the use of the malaria drug, hydroxychloroquine, in treatment against COVID-19, Trump said the United States is stockpiling 29 million does of the drug.

"What do you have to lose? Take it," Trump said of hydroxychloroquine.

The warning of the tough days ahead is because infections have not yet hit their apex in certain hotspots.

Dr. Deborah Birx, who serves on the White House coronavirus task force, said the modeling shows that the three major hotspots the country in New York, Detroit and Louisiana will peak in the next six or seven days. She urged vigilance in social distancing to mitigate the spread.

"We will move heaven and Earth to safeguard our great American citizens," Trump said. "We will continue to use every power, every authority, every single resource we've got to keep our people healthy, safe, secure and to get this thing over with.

"We want to finish this war. We have to get back to work."

Trump thanked Americans for making tremendous sacrifices by staying home to stop the spread, but he again rejected calls for a nationwide lockdown and declined to criticize several governors who have not issued stay-at-home orders yet.

Trump expressed optimism that the United States will be back open for business by the end of the summer and safe for thousands of people to gather to celebrate his reelection nomination.

The Republican National Convention scheduled for August 24 to 27 will go on, Trump said.

"We have no contingency plan," Trump said.