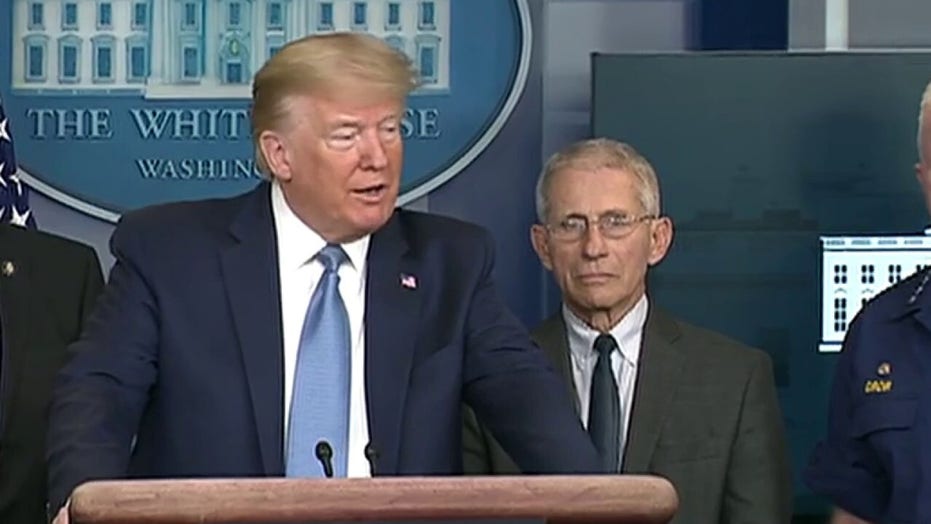 President Trump on Saturday defended his administration’s actions in the early days of the coronavirus crisis, saying he was ahead of the curve in calling for a travel ban from China -- whom he attacked for their “secretive” approach when the virus emerged.

“I get a lot of credit for having closed our country very early to a very heavily infected country, China,” Trump said at a White House press briefing. “Unfortunately, China, I wish China would have told us more about what was going on in China long prior to us reading about it.”

Trump was asked about a Washington Post report published late Friday which said that Trump downplayed and failed to act on early warnings in classified briefings in January and February about the virus.

“Donald Trump may not have been expecting this, but a lot of other people in the government were -- they just couldn’t get him to do anything about it,” one official told The Post. “The system was blinking red.”

On Saturday, Trump called the story a “disgrace” and “very inaccurate.”

"It's so insulting when they write phony stories that they know are fake news because they're not insulting me. They're insulting everybody, these incredible people that have worked so hard, so long that are thinking about nothing other than this invisible enemy,” he said.

As he has done before, Trump pointed to action he took in the early days of the crisis, namely his decision in early February to slap a travel ban on foreign nationals from China. He later imposed travel restrictions on Iran and Europe. This week, the U.S. agreed with Mexico and Canada to restrict non-essential travel at their borders, too.

“And I was pretty much in a very small group of people, I will tell you, it was a tiny little group. Most people even that worked in the White House disagreed with me very strongly,” Trump said. “Saving of those many weeks was a tremendous, tremendous thing. And when they keep talking about acting early, that was the ultimate act.” 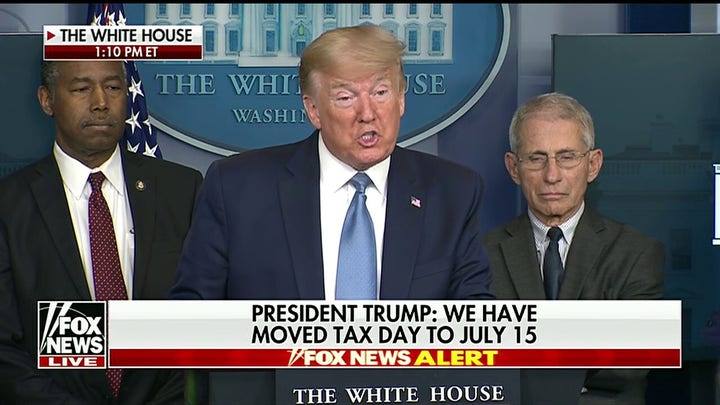 “And then I also closed Europe early, very early,” he went on to say. “And I took a lot of heat for that, too. But that was a good thing. Now they're doing similar things that way. So I didn't act late. I acted early. I acted far before anybody thought I should be."

The president later focused his attention on China’s secretive approach to the beginnings of the virus after it emerged in Wuhan. Trump has repeatedly referred to the virus as the “Chinese virus” and this week said that “the world is paying a big price for what they [China] did."

On Saturday he was slightly more conciliatory, emphasizing his relationship with Chinese President Xi Jinping -- but he still placed the blame on Beijing for their lack of transparency.