President Trump on Sunday continued his social media attack on Sen. Mitt Romney, R-Utah – offering up some rare praise for Democrats while slamming his fellow Republican for his perceived disloyalty.

The president took to Twitter to tell Democrats that they are lucky to not “have any Mitt Romney types” in their party and adding that, despite supporting “really bad policies,” at least Democrats “stick together.”

“The Democrats are lucky that they don’t have any Mitt Romney types,” Trump tweeted. “They may be lousy politicians, with really bad policies (Open Borders, Sanctuary Cities etc.), but they stick together!”

While the president is known as a prolific Twitter user, Trump’s most recent tweet about Romney continues what has been a very busy weekend on social media for him and comes just a day after he called the Utah lawmaker a “pompous ‘a--’” who “choked” in his own runs for the White House.

Trump was responding to recent criticism by the Utah senator over the president's comments in which he said that China should investigate Biden, just as he had urged Ukraine to do in July.

"China should start an investigation into the Bidens because what happened with China is just about as bad as what happened with Ukraine," Trump said Thursday. "I’m sure that President Xi [Jinping] does not like being under that kind of scrutiny where billions of dollars is taken out of his country by a guy that just got kicked out of the Navy."

Trump had urged Ukrainian President Volodymyr Zelensky in a phone call this summer to “look into” the Biden family dealings in the country, particularly related to gas company Burisma Holdings, where Hunter served on the board.

In his China comments, Trump was referencing a 2013 trip to Beijing on Air Force Two in which Hunter tagged along. NBC News reported that Hunter Biden was attempting to start a big-money private equity fund. Chinese authorities issued the business license for the fund 10 days after the trip was over. 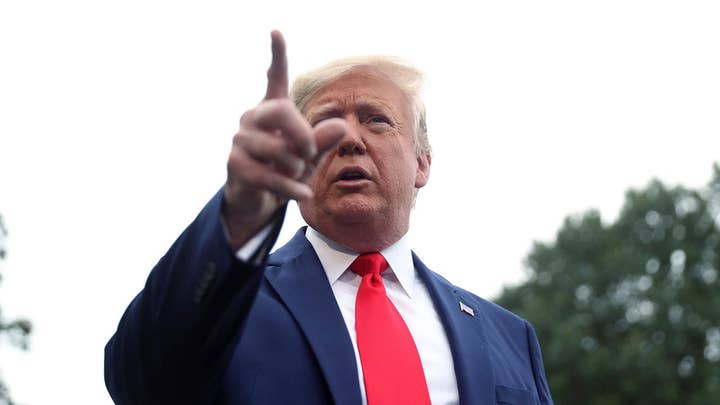 Romney on Friday said that Trump’s call for China and Ukraine to investigate the Bidens was “appalling.”

He added: "By all appearances, the president’s brazen and unprecedented appeal to China and to Ukraine to investigate Joe Biden is wrong and appalling."

Trump and Romney have feuded with regularity in recent years, with Trump regularly referring to Romney’s 2012 defeat to President Barack Obama. Earlier this year, Romney penned an op-ed in which he attacked Trump’s conduct and said, “he has not risen to the mantle of the office.”