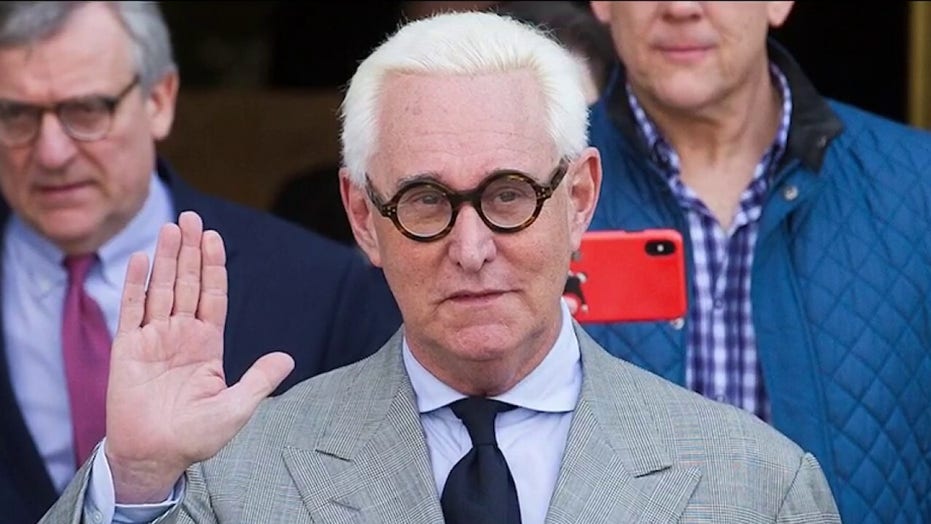 President Trump offered "congratulations" to Attorney General Bill Barr after the Justice Department submitted an amended filing in Roger Stone's criminal case seeking a lighter sentence for the former Trump campaign adviser than prosecutors first recommended -- a move that comes as Democrats accuse the White House of politicizing the DOJ and career prosecutors are withdrawing from the case in apparent protest.

Federal prosecutors initially suggested a lengthy sentence of between 87 and 108 months in prison on Monday, which Trump called "a horrible and very unfair situation." The following day, the DOJ leadership overruled the prosecutors in the case, submitting a new filing that said the DOJ "respectfully submits that a sentence of incarceration far less than 87 to 108 months’ imprisonment would be reasonable" for Stone.

"Congratulations to Attorney General Bill Barr for taking charge of a case that was totally out of control and perhaps should not have even been brought," Trump tweeted Wednesday morning. The president went on to say that former special counsel Robert Mueller's investigation, which led to Stone's prosecution, was a "scam" that "was improperly brought & tainted."

Stone is scheduled to be sentenced by Judge Amy Berman Jackson on Feb. 20 after his conviction stemming from charges of witness tampering, lying to Congress, and obstruction.