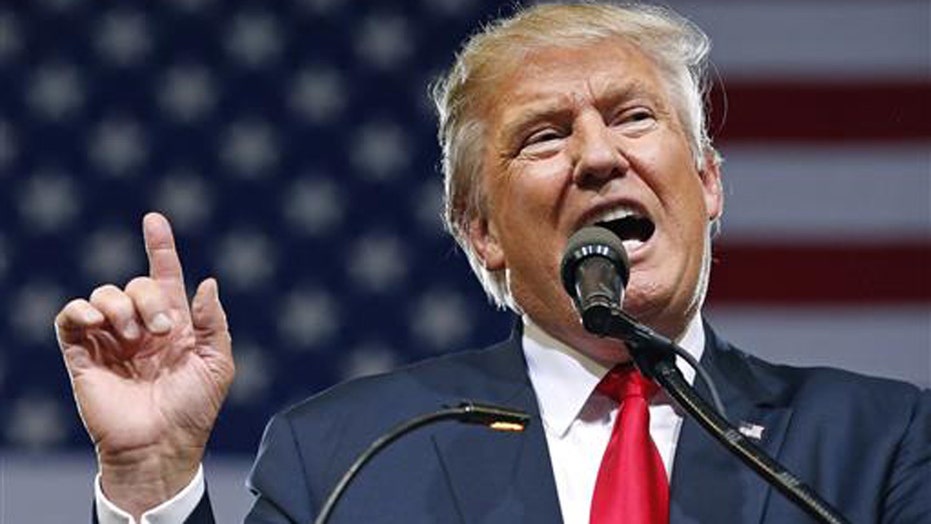 After facing pushback from the NRA over his suggestion that “people” at the Orlando club targeted in the June 12 terror attack should have been armed, Donald Trump clarified Monday he was only talking about security guards and club employees.

The presumptive Republican presidential nominee tried to set the record straight on Twitter, after two top NRA officials said Sunday that club-goers who are drinking should not have firearms.

Trump had discussed what might have happened if others in the club were armed, during a campaign rally in Texas on Friday.

"If some of those wonderful people had guns strapped …right to their waist or right to their ankle and this son of a bitch comes out and starts shooting, and one of the people in that room happened to have it and goes 'boom, boom,' you know what, that would have been a beautiful, beautiful sight," Trump said.

NRA officials were questioned repeatedly Sunday on the remarks. NRA Executive Director Chris Cox, speaking on ABC’s “This Week,” said “of course” club-goers should not be armed.

“No one thinks that people should go into a nightclub drinking and carrying firearms. That defies commonsense. It also defies the law,” he said.

At the same time, Cox seemed to give Trump the benefit of the doubt on the comments, saying: “What Donald Trump has said is what the American people know is commonsense, that if somebody had been there to stop this faster, fewer people would have died.”

Wayne LaPierre, NRA executive vice president, also told CBS’ “Face the Nation” on Sunday that he, too, does not think “you should have firearms where people are drinking.”

Despite some tensions in the wake of the Orlando terror attack, both Trump and the NRA – which endorsed the Republican candidate in May – have made an effort to stress their common ground.

Trump said last week he wants to meet with the NRA to talk about banning gun sales to those on the terror and no-fly lists.

The NRA supports additional safeguards in place for those on such lists, but has not endorsed an outright ban.

“What our position is, is that the FBI should investigate every single person who's on a terrorist watch list if they try to buy a gun,” Cox said Sunday. “If there's a reason to believe in probable cause that they're engaged in terrorist activity, they ought to not only be prevented from getting a firearm, they ought to be arrested."

The NRA’s concern is that anyone wrongly listed in such a federal database could be improperly denied their Second Amendment rights. Still, Cox said, "What Donald Trump has said is something that the National Rifle Association agrees with. The NRA's position is that terrorists should not be able to buy firearms, legally or illegally, period."

LaPierre said the group supports a proposal offered by Sen. John Cornyn, R-Texas, to delay gun sales to suspected terrorists for 72 hours – and then have prosecutors show probable cause to block the sale beyond that period.

The Cornyn and other proposals are set for Senate votes on Monday, though none of the post-Orlando gun measures are expected to pass.