President Trump held a rally in Montana Thursday night as part of his effort to oust Sen. Jon Tester, one of his most bitter political opponents -- but the president took time to rail against several other big-name critics.

Speaking at the Four Seasons Arena in Great Falls, Trump said "it's time to retire" Tester, a red-state Democrat. He added that Democrats "actually got their ass kicked" in 2016, drawing racuous applause as he proceeded to unload on such varied targets as The New York Times, Rep. Maxine Waters and Sen. Elizabeth Warren.

"Pocahontas, to you I apologize," Trump said. "To the fake Pocahontas, I won't apologize."

He then joked that he would pull out a heritage kit during a hypothetical presidential debate with Warren and slowly toss it at her, "hoping it doesn't hit her and injure her arm, even though it only weighs probably two ounces." Trump said he would offer to donate $1 million to Warren's preferred charity if she took the ancestry test.

Warren has long been accused of falsely claiming she is of Native American heritage to help in securing jobs, including one as a Harvard law professor.

Trump also took another dig at California Rep. Maxine Waters, whom he called "the new leader" of the Democratic party.

"Democrats want anarchy," Trump said, saying they would allow gangs like MS-13 "run wild" in America. "And they don't know who they're playing with, folks.

"I said it the other day, yes, [Maxine Waters] is a low-IQ individual. Honestly, she's somewhere in the mid-60s, I believe," Trump added. 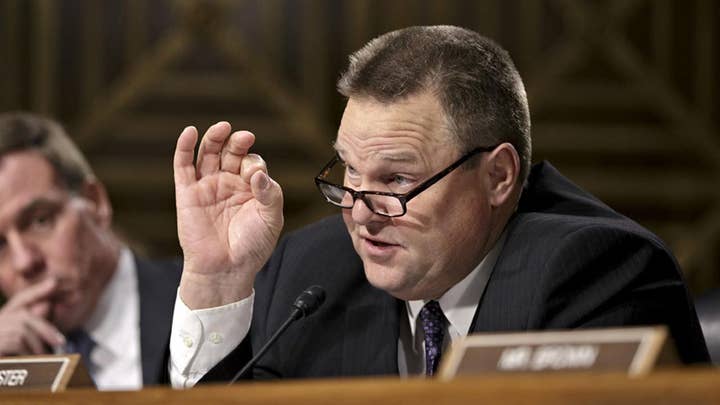 Waters' vocal calls for public pushback against Trump officials has riled up her base of supporters, although the Democratic leadership has pushed back against calls to intimidate political opponents.

Tester -- the main target of the rally -- outraged the White House after he released disputed accusations that derailed the nomination of White House physician Ronny Jackson to be Veteran Affairs secretary earlier this year, leading Trump to demand Tester's resignation.

"Jon Tester doesn't share your values," Trump said at Thursday's rally. "He showed his true colors with his shameful, dishonest attacks on a great man -- a friend of mine."

He then commented on the woman escorted down from the Statue of Liberty yesterday following an anti-ICE protest.

"You saw that clown yesterday on the Statue of Liberty?" Trump asked. "You see the guys that went up there? I wouldn't have done it. I would've said, 'Let's get some nets and wait until she comes down.'" 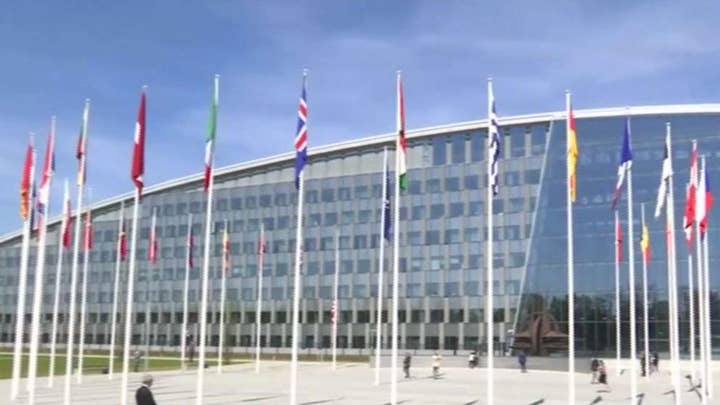 Trump also touted his progress with North Korea and vowed to get tough with NATO at this week's summit in Brussels, saying members of the alliance aren't paying enough towards their own security and are relying excessively on the U.S.

Trump was in Montana supporting State Auditor Matt Rosendale, who recently won the state's Senate GOP primary and will face off against Tester in November. Polls show that Tester holds about a seven-point lead over Rosendale, even though Trump carried Montana by more than 20 points in 2016.

Before Trump spoke, Rosendale praised Trump for being a "voice for the unborn" and promised to support pro-life causes if elected -- particularly notable comments given expectations that Trump will soon nominate a conservative justice to the Supreme Court.

Tester's seat is one of a handful that Republicans are hoping to flip as they hold onto a narrow majority in the Senate. 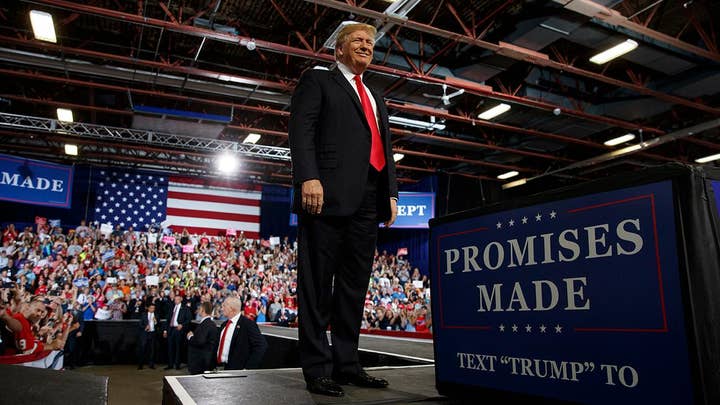 WATCH: JUST HOW VULNERABLE IS TESTER IN NOVEMBER?

Donald Trump Jr. kicked off the Tester tongue-lashing early on in the evening, before his father took the stage. He referred to him as "two-faced Tester" and derided his lack of support for the Republican tax overhaul and other key White House policies.

Towards the middle of the wild rally, the president called out critics who say he's a poor communicator.

"They never say I am a great speaker," Trump said, as the crowd began to cheer loudly. "Then why in the hell do so many people come?"