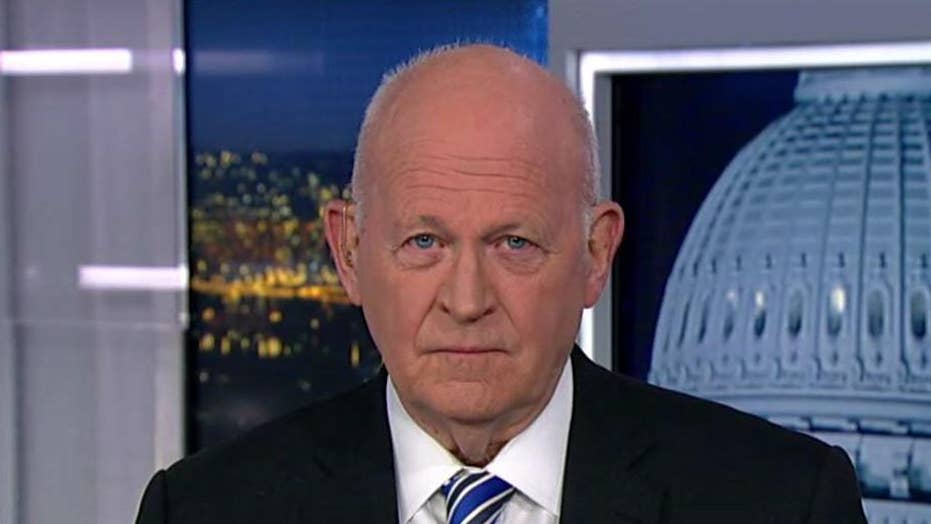 Washington and Beijing officials agree to tariff rollbacks; reaction from Michael Pillsbury, director of the Center for Chinese Strategy at the Hudson Institute.

"Chuck Schumer sat for years during the Obama Administration and watched as China ripped off the United States," Trump tweeted.

"He & the Do Nothing Democrats did NOTHING as this $ carnage took place. Now, without even seeing it, he snipes at our GREAT new deal with China. Too bad Cryin’ Chuck!"

Trump recently secured "phase one" of a trade deal with the Asian powerhouse but, according to Schumer, made concessions that weakened negotiations.

“There are huge structural inequities, structural and unfair imbalances, with China’s trade relationships with the U.S.," Schumer said in a statement on Friday.

"At first, President Trump seemed like the only president who would dare tackle this challenge; but now, according to reports, he has sold out for a temporary and unreliable promise from China to purchase some soybeans. We’ve heard this song and dance from China before. Once again, Donald Trump cannot be relied upon to do the right thing for American workers and businesses, even when his statements were pointing in the right direction."

Sen. Chris Murphy, D-Conn., wasn't happy with the deal either. He tweeted that the agreement was a "total capitulation" and would result in continual job loss.

On Friday, the White House described the deal as a "tremendous victory" that would "deliver an incredible boost to American manufacturers, service providers, farmers, and more."

The limited trade deal that the Trump administration and Beijing announced Friday means Americans will avoid a holiday tax increase on imported toys, clothing and smartphones. U.S. farmers can sell more soybeans and pork to China. And American companies should face less pressure to hand over trade secrets to Beijing.

But what the administration gained from the so-called Phase 1 deal that President Donald Trump celebrated falls well short of the demands the president issued when he launched a trade war against Beijing 17 months ago. Further rounds of negotiations will be required to achieve a more significant agreement.