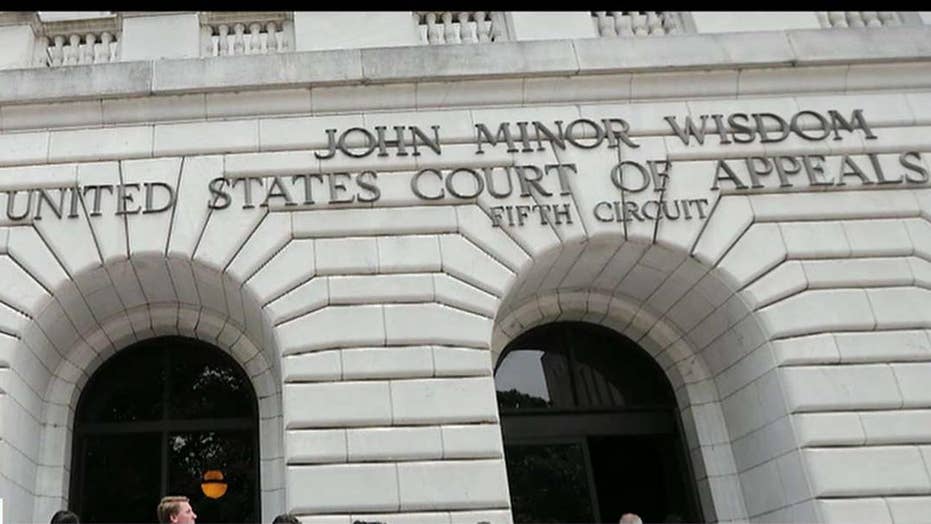 The Trump campaign is touting new projections that indicate ObamaCare will give consumers more insurance choices and slightly lower premiums next year, citing the data to challenge potential 2020 Democratic opponents who have long-claimed that President Trump is gutting the Affordable Care Act.

On Tuesday, the Department of Health and Human Services (HHS) and the Centers for Medicare & Medicaid Services (CMS) announced that the average premium for the Affordable Care Act benchmark plan would drop by 4 percent in 2020, with 20 more insurance plans becoming available on healthcare.gov.

The Trump campaign told Fox News that those figures are a result of action taken by the administration over the last few years to make the Affordable Care Act more competitive, deliver more free-market principles, give consumers more options, and improve the ObamaCare marketplace.

“While Democrats continue to push the narrative that President Trump is trying to ‘sabotage’ their health care, the latest data confirm exactly the opposite,” Trump campaign communications director Tim Murtaugh told Fox News.

Democrats on the Energy & Commerce Committee on Wednesday, though, blasted the administration, claiming it was engaging in a "concerted effort to cut back on people's health insurance, their benefits, and what kind of coverage they have."

Rep. Frank Pallone, D-N.J., said the administration is actively supporting a lawsuit that would overturn the Affordable Care Act and strip health care coverage from tens of millions of Americans and place "extremely burdensome and sometimes illegal hurdles" for Medicaid recipients.

"I am deeply concerned," he said.

2020 PRESIDENTIAL HOPEFUL SAYS WARREN IS LYING ABOUT HEALTH CARE PLAN: 'IT'S A SOUNDBITE'

Earlier this year, the administration told a federal appeals court that the program in its entirety should be abolished. Democrats criticized the administration and Republicans for trying to repeal protections for people with pre-existing conditions.

But the White House has touted a number of improvements under the ACA since Trump took office--including the administration's ability to "make it easier for small businesses and self-employed workers" to join and create Association Health Plans; the expansion of short-term, limited-duration plans that typically cost less than other ObamaCare options; the expansion of health reimbursement arrangements; and the elimination of the individual mandate, which forced Americans to buy health insurance, whether they wanted to or not.

This month, Trump signed an executive order that “directed HHS to take a number of specific, significant steps that will meaningfully improve the financing of Medicare, advance the care American seniors receive from their doctors, and improve the health they enjoy."

But even as the Trump re-election campaign and Trump administration takes credit for the Affordable Care Act’s current stability, officials and Republican lawmakers are still pursuing Trump’s 2016 campaign promise of trying to do away with the program altogether.

"Until Congress gets around to replacing it, the president will do what he can to fix the problems created by this system for millions of Americans," HHS Secretary Alexander Azar said. "The president who was supposedly trying to sabotage this law has been better at running it than the guy who wrote it."

As for 2020, Democratic presidential hopefuls like Sens. Elizabeth Warren, D-Mass., and Bernie Sanders, I-Vt., have blasted Trump for his handling of the health care system, and are peddling a sweeping "Medicare-for-all" policy.

Candidates like former Vice President Joe Biden have instead touted ObamaCare, and proposed building on the Obama-era health care overhaul, while criticizing Trump for his moves to eliminate it.

“Before Donald Trump even stepped foot into the Oval Office, he pledged to strip millions of Americans of their health care," Biden said in a statement released by his campaign earlier this month. “As Donald Trump continues attempting to tear down the Affordable Care Act, I will fight him every step of the way.”

Meanwhile, with regard to the lawsuit, a federal appeals court in New Orleans could deliver its ruling on the case during the sign-up season--spanning from Nov. 1 in most states through Dec. 15.

Azar said that he was not concerned, even if the judges rule to throw out the entire health care program.

"Our messaging would be to keep calm and carry on," he said, noting that the case is expected to go to the Supreme Court. "There will be no immediate disruption to anyone."