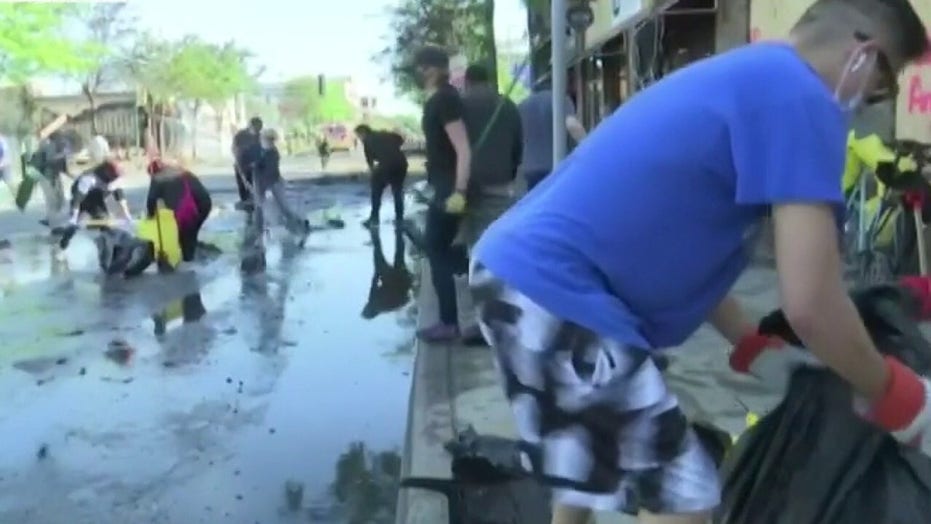 Nick Stromwall and Ming-Jing Tong explain why they're lending a helping hand.

But thanks to a GoFundMe page that exploded with contributions – and an assist from members of President Trump’s re-election campaign -- Balla’s dream may still come true.

Balla’s initial open date in March had to be pushed back because of the coronavirus pandemic. He was ready to finally open his doors in June, but that plan came to a crashing halt when rioters destroyed his business last week. The riots followed protests sparked by the death George Floyd, a black man who died a week ago after a white Minneapolis police officer put his knee on the handcuffed Floyd’s neck for 8 minutes.

"I don't know what I'm going to do," a teary-eyed Balla said in a CBS report. Balla said he invested his life savings into opening the bar, which looters infiltrated as cameras were rolling.

"We've been working so hard for this place. This is not just for me. This is for my family," Balla said on the video.

But nearly $1 million from nearly 9,500 contributions has been raised since a GoFundMe page was set up on Thursday for Balla.

Parscale, Trump's campaign manager, took to Twitter to write “Feel bad for Korboi Balla. This country is about making your dreams come true. Before he could open his bar, rioters destroyed it. I just donated to his GoFundMe page. Korboi, hope you make an even better sports bar!”

Balla, on his GoFundMe page, wrote on Monday: “This has been such an eye opening experience. The world has pour(e)d into me and my family to support our business.”

The move by the Trump campaign staffers comes after at least 13 members of former Vice President Joe Biden’s campaign staff made donations to a group that helps Minneapolis protesters get out of jail on bail, according to a Reuters report.

The staffers posted on Twitter that they contributed money to a group called the Minnesota Freedom Fund, which opposes the practice of making people who are arrested pay money to avoid pre-trial imprisonment, Reuters reported.

Biden on Sunday released a statement calling the protests against Floyd's death "utterly American" but condemning "needless destruction" and violence.