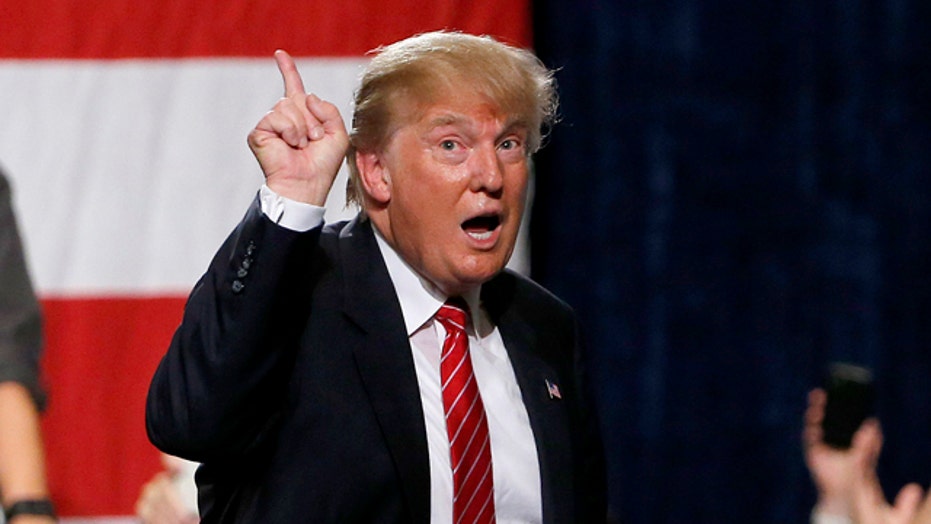 The businessman says he filed his personal financial disclosure with federal regulators Wednesday afternoon, though he has not released the form publicly.

Among the sources of his income has been $214 million in payments from NBC related to his business reality television show, "The Apprentice." NBC recently cut its ties with Trump.

The $10 billion figure -- up nearly 15 percent since the previous year, by Trump's calculation, would make Trump the wealthiest person ever to run for president. But there was little information available about how Trump calculated the figure.

Trump's campaign says the federal forms are "not designed for a man of Mr. Trump's massive wealth."

If accurate, the figure would surpass previous wealthy candidates like Ross Perot, business heirs like Steve Forbes or private-equity investors like Mitt Romney, the 2012 GOP nominee.

"I have a Gucci store worth more than Romney," Trump told the Des Moines Register last month, referring to the fashion company's flagship store in New York's Trump Tower.