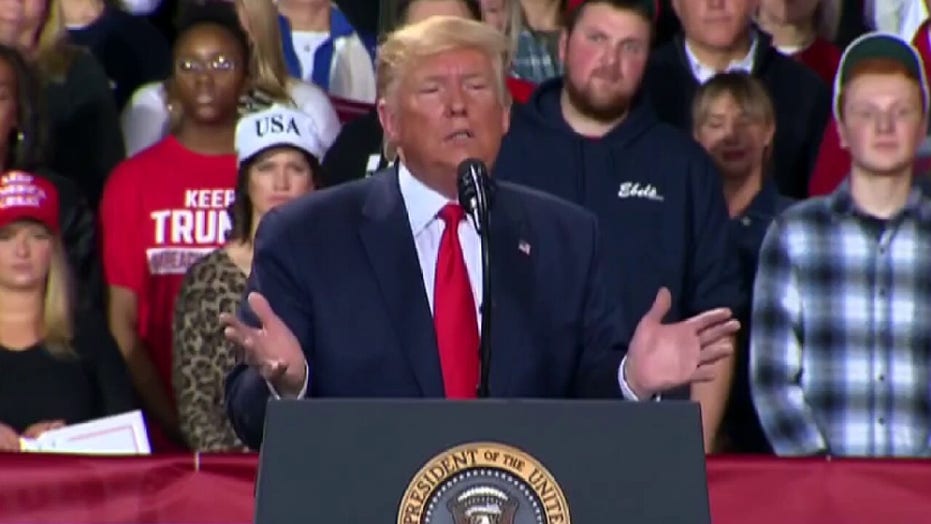 After going dark on TV for a few days this week, President Trump’s re-election campaign is expected to return to the airwaves with new ads starting Monday.

And sources close to the Trump campaign tell Fox News that when the commercials resume, they’ll be targeting a group of states that are among the first to start early voting and absentee voting in late September. That appears to be a shift from the campaign’s previous strategy of launching ad blitzes across most of the key general election battlegrounds, regardless of when voting begins in those states.

The president previewed the upcoming on-air assault, tweeting on Friday afternoon that “We are doing a new ad campaign on Sleepy Joe Biden that will be out on Monday. He has been brought even further LEFT than Crazy Bernie Sanders ever thought possible.”

While the Trump campaign would not show its cards and reveal in which states the spots will run, the battlegrounds of Florida, Michigan, North Carolina, Pennsylvania, and Wisconsin all start sending absentee ballots to registered voters in September. And Michigan and the swing state of Minnesota allow in-person absentee balloting starting in late September.

That change in leadership came a couple of weeks ago, when veteran campaign operative Bill Stepien replaced Brad Parscale as Trump’s campaign manager.

“It makes sense that a newly minted campaign manager, stepping up from the deputy role, would want to look at things and take inventory, and figure out where we would want to move with some strategic targeted messaging,” Trump campaign national press secretary Hogan Gidley told Fox News on Friday night. “We’re going up full force with some targeted ad buys the first part of next week.”

The Trump campaign has vastly outspent the campaign of Democrat challenger Joe Biden to run TV and digital commercials since the start of the general election campaign in April.

The move to take a brief ad blitz pause comes as the president trails Biden in national polling and, more importantly, in the latest surveys in the key battleground states.

The move also came as the former vice president's campaign is stepping up its game – spending roughly $30 million the past two weeks to run TV, digital and radio commercials in the key battlegrounds. That’s a dramatic increase compared to what they had been spending prior to mid-July.

This past week Biden’s campaign was running spots this week in six key battleground states: Florida, Arizona, Pennsylvania, North Carolina, Michigan, and Wisconsin. Those are the same six states the Trump campaign is likely to start targeting in the upcoming weeks.

On Thursday the Biden campaign touted that they were also going up with ads in Ohio, a quadrennial swing state that Trump won by 8 points four years ago but where recent polls show a close contest for the state’s 18 electoral votes.

With a reduced but still significant campaign cash advantage over Biden, Trump is far from done when it comes to the ad wars. According to Advertising Analytics, a major ad tracking firm, the Trump campaign already has a whopping $146.5 million pre-booked to run commercials from Labor Day through Election Day.