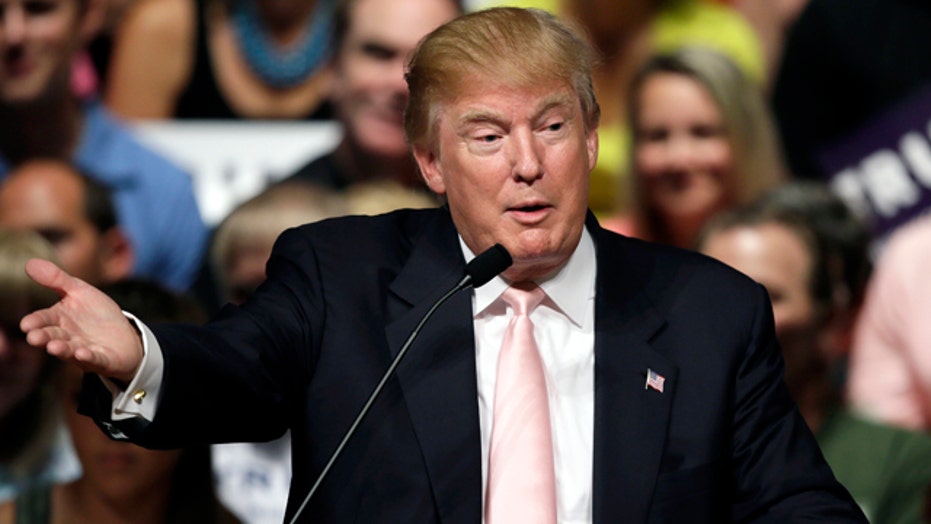 The Trump campaign pushed back Tuesday on an article that revived claims the billionaire businessman's ex-wife once accused him of "rape."

The report in The Daily Beast largely referenced a deposition and other descriptions contained in the 1993 book, "Lost Tycoon: The Many Lives of Donald J. Trump," regarding an incident between Trump and then-wife Ivana Trump in 1989.

According to the book, Trump, now a Republican presidential candidate, confronted her at the time after undergoing what was described as a painful "scalp reduction surgery" with her plastic surgeon. The book describes an "assault," and says Ivana Trump later described it to confidantes as rape.

On Tuesday, the Trump campaign released a statement from Ivana Trump saying:

"I have recently read some comments attributed to me from nearly 30 years ago at a time of very high tension during my divorce from Donald. The story is totally without merit. Donald and I are the best of friends and together have raised 3 children that we love and are very proud of. I have nothing but fondness for Donald and wish him the best of luck on his campaign. Incidentally, I think he would make an incredible president."

The Daily Beast story also notes that Ivana Trump later softened her statement, reportedly saying when the 1993 book was about to be published that she "felt violated, as the love and tenderness, which he normally exhibited towards me, was absent," but did not want her words "to be interpreted in a literal or criminal sense."

The Daily Beast article also quoted Trump Organization special counsel Michael Cohen extensively as he apparently warned the reporter not to proceed with the story and argued marital rape is not in the law.

According to the article, Cohen said, "You're talking about the frontrunner for the GOP, presidential candidate, as well as a private individual who never raped anybody. And, of course, understand that by the very definition, you can't rape your spouse."

The same article points out that New York state's marital rape exemption was struck down in the 1980s.

Asked by Fox News about Cohen's comments, a spokesperson said: "Mr. Trump didn't know of his comments, but disagrees with him."

Cohen later issued a statement apologizing for his remarks, saying the "gall of this particular reporter to make such a reprehensible and false allegation against Mr. Trump truly stunned me. In my moment of shock and anger, I made an inarticulate comment -- which I do not believe -- and which I apologize for entirely."