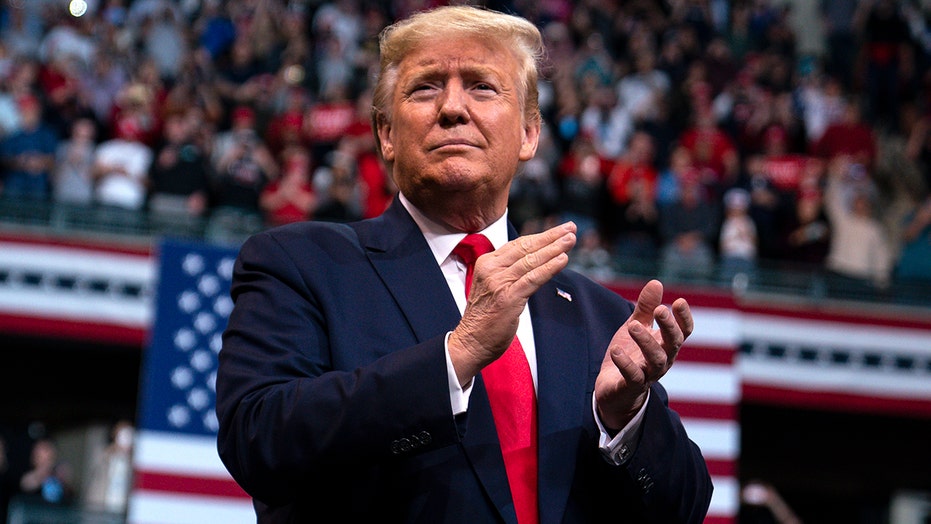 President Trump’s re-election campaign and the Republican Party brought in more than $60 million in January, amid the impeachment battle on Capitol Hill.

“With President Trump’s accomplishments, our massive data and ground operations, and our strong fundraising numbers, this campaign is going to be unstoppable in 2020,” he added.

Since the beginning of 2019, the Trump campaign, RNC and joint-fundraising committees have raked in a stunning $525 million. And since impeachment began in September, the four entities gained over 1 million new digital and direct-mail donors.

“The more Democrats smear President Trump, the more enthusiasm we see for him and his many accomplishments,” RNC Chairwoman Ronna McDaniel said in a statement. “We already have 500,000 volunteers trained and activated, and this record-breaking support is helping us grow our grassroots army even more.”

Last week, President Trump was acquitted on charges of abuse of power and obstruction of Congress in connection to his pressure campaign on Ukraine to investigate Democrats.

It remains to be seen whether impeachment helps Republicans or Democrats more in the fall.

Senate Minority Leader Chuck Schumer said earlier this week that impeachment has "been a positive” for Democrats.

“It’s been a positive for us,” Schumer said, adding that Democratic “data shows every one of their [Republican] Senate candidates has had problems.”