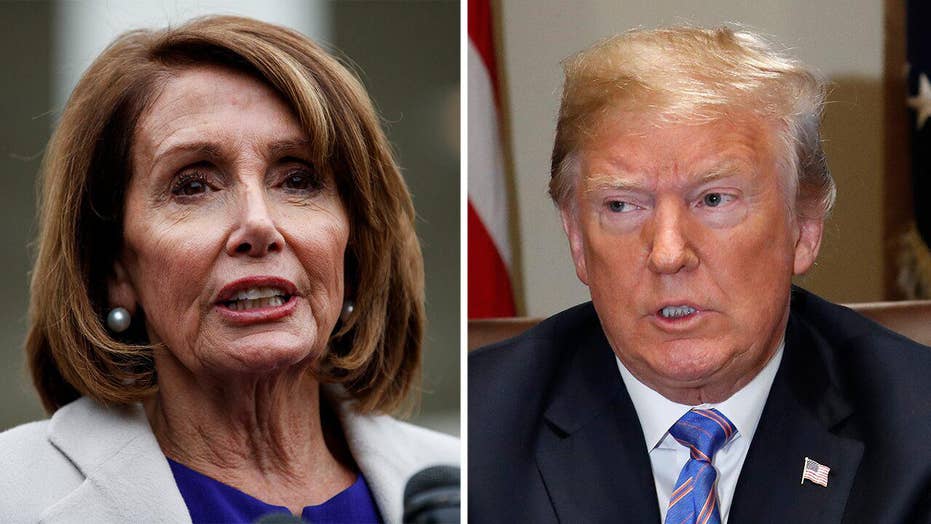 Tensions rising between Trump and Speaker Pelosi amid some Democrats' push for impeachment; reaction and analysis on 'Outnumbered.'

President Trump blasted Nancy Pelosi anew on Friday for telling colleagues she wants to see him sent to prison, this time calling the House speaker a “disgrace” to her family.

“Nervous Nancy Pelosi is a disgrace to herself and her family for having made such a disgusting statement, especially since I was with foreign leaders overseas. There is no evidence for such a thing to have been said,” Trump tweeted Friday.

“Nervous Nancy & Dems are getting Zero work done in Congress and have no intention of doing anything other than going on a fishing expedition to see if they can find anything on me –both illegal & unprecedented in U.S. history,” he continued. “There was no Collusion—Investigate the Investigators! Go to work on Drug Price Reductions & Infrastructure!”

The escalation in their overseas feud, with Trump returning to Washington after participating in D-Day anniversary ceremonies in Normandy, comes after Pelosi, D-Calif., reportedly suggested earlier this week that Democratic leaders should look beyond impeachment proceedings against Trump -- and instead urge charges against him after he leaves office. 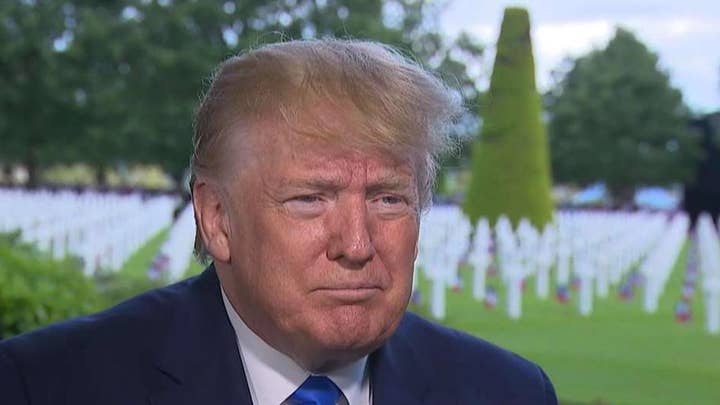 Several House Democratic sources told Fox News that Pelosi has said similar things about Trump in past caucus meetings, such as “we should go down there and arrest the man.” The sources said Pelosi is trying to put any action off until after the election, making the case that Democrats should defeat Trump in 2020 -- and then seek prosecution after he leaves office.

On Thursday, in an exclusive interview with Fox News’ Laura Ingraham, Trump blasted the House speaker as a “nasty, vindictive, horrible person” in response.

“I think she’s a disgrace. I actually don’t think she’s a talented person. I’ve tried to be nice to her because I would have liked to have gotten some deals done,” Trump said. “She’s incapable of doing deals, she’s a nasty, vindictive, horrible person, the Mueller report came out, it was a disaster for them.”

When asked about Pelosi’s statement, her spokeswoman, Ashley Etienne said the speaker had a “productive meeting about the state of play with [Special Counsel Robert] Mueller report. They agreed to keep all options on the table and continue to move forward with an aggressive hearing and legislative strategy, as early as next week, to address the president’s corruption and abuses of power uncovered in the report.”